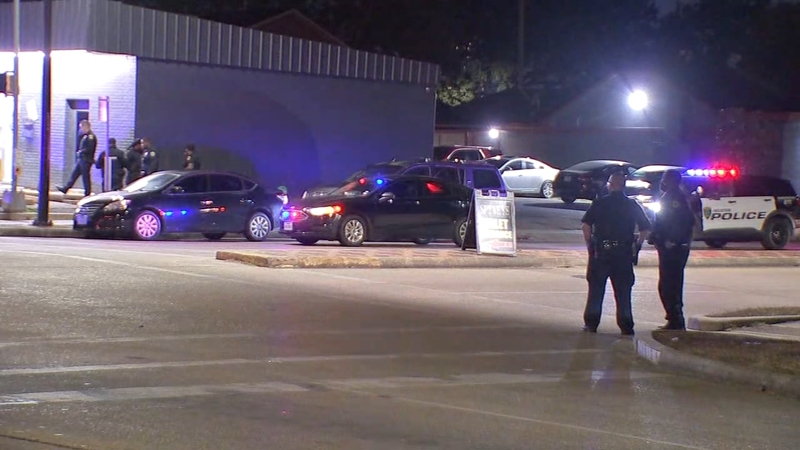 HOUSTON, Texas (KTRK) -- Houston police are looking for a couple they said shot a security guard outside a club in the Third Ward area, close to the Texas Southern University campus.

The shooting happened Sunday night, just before midnight in a parking lot on Ennis Street near Blodgett. According to police, there was some sort of fight between the couple and another person.

A security guard on site broke up the fight. At that, the suspects got back into a black Chevy Avalanche and left the area, but then made a U-turn and began firing at the security guard. Police said the guard was shot in the lower abdomen and was taken to Ben Taub Hospital, and is expected to be OK.