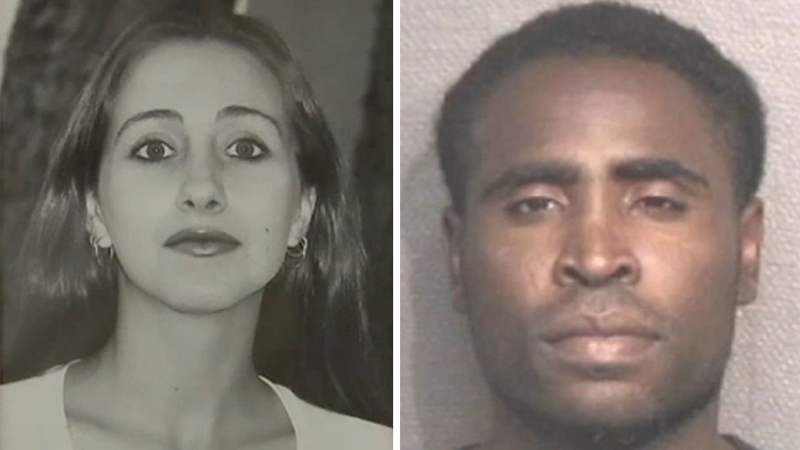 Mother on mission to keep daughter's alleged killer behind bars

HOUSTON, Texas (KTRK) -- A mother is on a crusade to keep her daughter's alleged killer in custody.

We've been following Alex Haggerty's murder case since Houston police say he killed Brittany Burfield in 2018. He's been held without bond, but that could change next month.

Tricia Valentine has been to every hearing associated with her daughter's case. The next one set to decide on bail will be in late April. Until then, Valentine's using her time to drum up support for a petition, asking the judge not to give Haggarty a chance to get out.

"He seems to feel like he should be out on bond," Valentine said.

In October 2021, Haggerty wrote to the court praying, "that the court set a reasonable bond herein."

Now, a judge is set to rule on a motion from his attorney at a bond hearing set for April 26. Valentine said his release would put the entire community at risk.

"I have no doubt. He killed (Burfield) while he was on parole. He is a chronic offender," she said.

Valentine has been heavily involved in her daughter's case since Burfield went missing almost four years ago. Haggerty helped lead investigators to her body in 2019. Now, her mother's mission is to keep him behind bars as Harris County experiences what she called a "bond pandemic."

"It's a hot issue for everybody knowing that violent criminals are being put back on the street to reoffend," she said.

To stop that from happening in Haggerty's case, Valentine created a Change.org petition. In the three days since the petition was created, it was signed by almost 2,000 people.

"I'm really, very pleased at the response, because I was going to be happy with several hundred. I never thought it would go into the thousands," she said.

Valentine plans to present the petition and other letters of support to the district attorney and the judge in Haggerty's case.

"I think sending letters to him and sending him the petition will strengthen his resolve to do the right thing, and that's my goal," Valentine said.

There's no date set for Haggerty's trial yet.