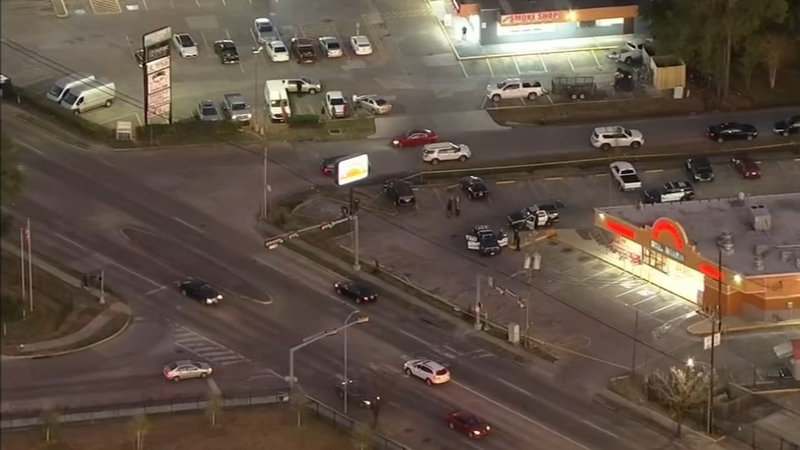 HOUSTON, Texas (KTRK) -- A 13-year-old boy is expected to survive after he was shot three times in southwest Houston, police said.

The shooting happened Tuesday at 4:20 p.m. in the 7500 block of Bissonnet. Police said the suspect(s) pulled up into the parking lot of a grocery store, walked up and fired multiple shots into the vehicle the teen was in.

The store is right across the street from Sharpstown High School and near Sugar Grove Academy Middle School. Apparently, students gather in the parking lot after school to get picked up or before they walk home. Police said the teen was getting into the front passenger seat when he was shot.

As the suspect was attempting to flee, police said the driver of the vehicle ran over a second victim, a teen Hispanic girl, who is now stable.

Police said the suspect, who is believed to be a Hispanic or Black man, fled in a gray, newer model SUV with dark rims.