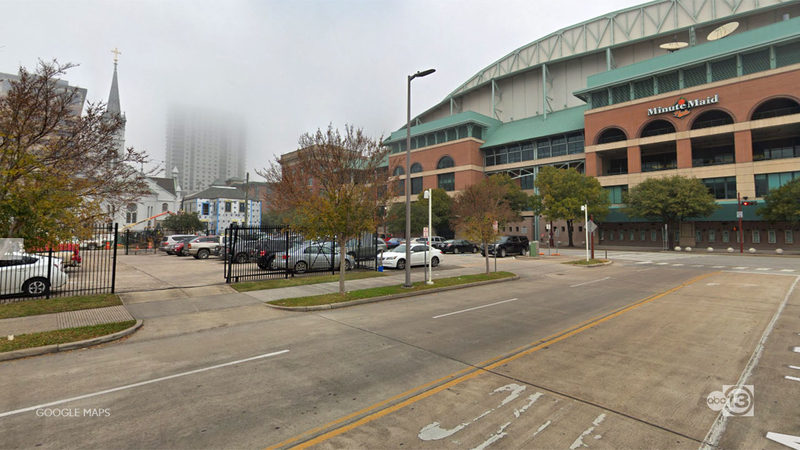 HOUSTON, Texas (KTRK) -- The Houston Astros' footprint and influence in downtown are expanding.

During Wednesday's Houston City Council meeting, a company affiliated with the Astros, 1800 Texas LLC, was announced as the buyer of a parcel of land across from Minute Maid Park. The purchase is worth $17 million.

The 1.738-acre parcel of land sits along Texas Avenue between Avenida de Las Americas and Hamilton.

But, Astros fans and those who frequent downtown know the plot well as the current homes of the Cohn House, or the landmark blue home, and the neighboring railroad train engine.

SEE ALSO: What is the blue house in front of Minute Maid Park?

Plans are not finalized yet for what's being earmarked as a "mixed-use" project on the vacant land.

The team, though, expressed its intention to follow in the footsteps of a downtown neighbor.

"We hope...to tie it into what has been done near the Hilton Americas and Marriott Marquis," the team stated, nodding at the twin hotels near George R. Brown Convention Center.

As for the fates of the Cohn House and the train engine, the team said it plans to move them to one of its parking lots adjacent to U.S. 59. It cautioned, though, that the city may ultimately relocate the house when road work around the freeway is completed.

Of note, the team last year extended its lease of Minute Maid Park through 2050.

Vacant land across from Minute Maid (where Blue House & train locomotive sit) sold by city to @astros -affiliated company. Plans not finalized yet for "mixed use" project. Team says, "we hope to ... tie it into what has been done near the Hilton Americas and Marriott Marquis. pic.twitter.com/rRBNgJVGP6