FROM ALVIN TO BOSTON: Get to know Red Sox pitcher Nathan Eovaldi 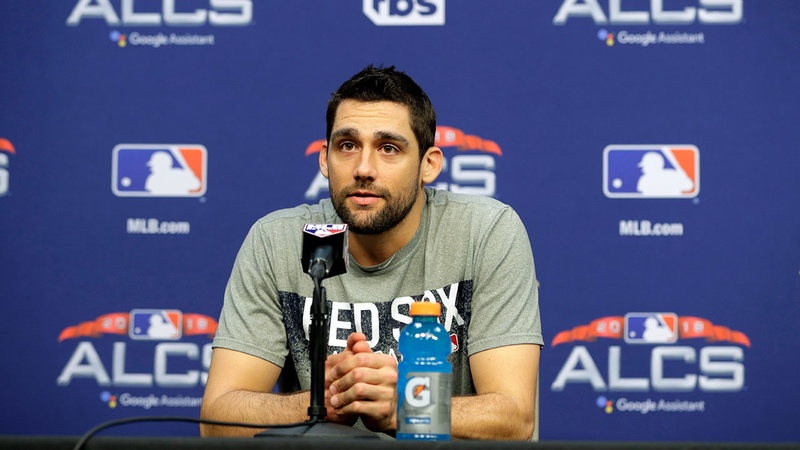 Get to know this Houston area native pitching in the ALCS

HOUSTON, Texas (KTRK) -- Alvin native and Boston Red Sox pitcher Nathan Eovaldi will be taking the mound in Game 3 of the ALCS against the Houston Astros.

Here's some fast facts on the right-handed pitcher's homecoming:

1. Born and raised in Alvin, Eovaldi was a star pitcher for the Alvin Yellowjackets and graduated from the school in 2008.

Despite having Tommy John surgery, Nathan Eovaldi is throwing harder, and better, than ever.

2. Eovaldi committed to Texas A&M University on a baseball scholarship, before getting drafted in the 11th round of the 2008 MLB Draft by the Los Angeles Dodgers.

3. Eovaldi is a seasoned veteran. In his seven seasons in the majors, he's pitched for the Dodgers, Miami Marlins, New York Yankees, Tampa Bay Rays and Boston Red Sox.

4. Eovaldi's suffered multiple Tommy John surgeries. He suffered the elbow injury once in high school and once again while pitching with the Yankees in 2016.