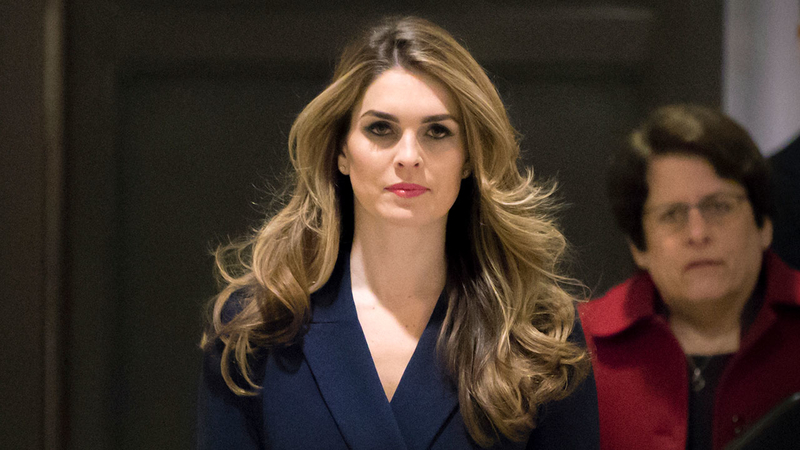 WASHINGTON, D.C. (KTRK) -- President Trump's communications director Hope Hicks, who has been under fire in the Russia probe, is reportedly resigning from her post, sources with direct knowledge confirmed to ABC News.

Hicks is the longest serving aide in Trump's administration. The source told ABC News the resignation will happen in the coming weeks.

Hicks had endured nine hours of testimony on Tuesday as part of the Russia probe.
Hicks had worked under Trump a little before Trump announced his candidacy.

Hicks' move is another in long line of resignations that have happened in the White House in a little over a year of Trump's presidency.

Here is background on Hicks: