Middle school assignment asking 'whom to leave behind' causes outrage 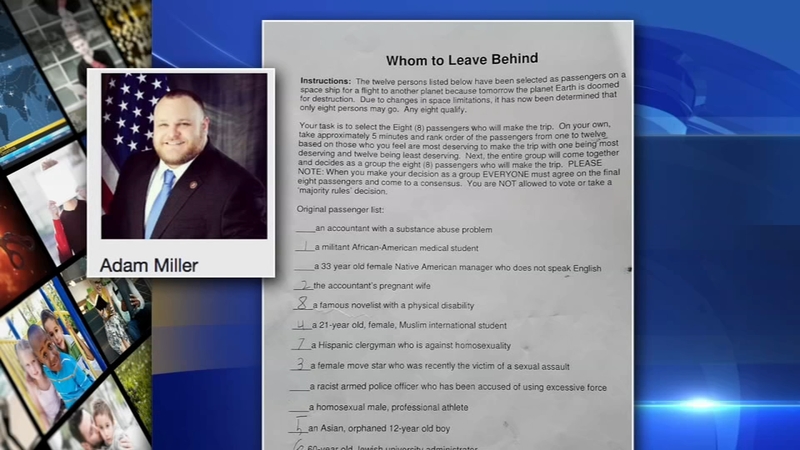 Middle school assignment asking 'whom to leave behind' causes outrage

In Ohio, just a few days into the new school year, a middle school teacher is facing heat over a controversial assignment called, "Whom to Leave Behind."

The list has 12 people on it and students can only choose eight to put into a spaceship and take to a different planet because the world was ending. Four people would be left behind.

Examples from the list include: a homosexual male professional athlete, a 21-year-old female Muslim international student, a militant African-American medical student, and a female movie star who was a victim of sexual assault.

Some parents are outraged and call the assignment insensitive, sexist, and racist.

The school says it is taking the matter seriously.