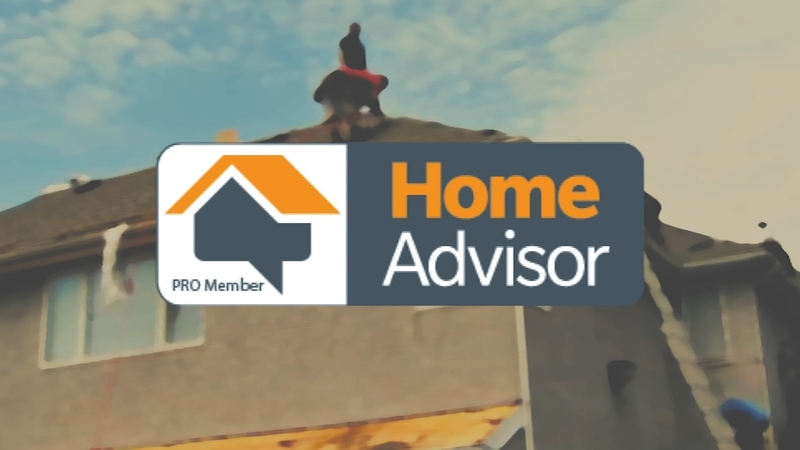 HAVERFORD, Pennsylvania -- You may have seen the HomeAdvisor commercials. It's a digital marketplace for home service professionals and remodelers.

From roofers to carpenters, to electricians, HomeAdvisor has been a tool to grow business for home improvement contractors.

Rich Bevilacqua is a member and owns Ram Exteriors.

"I believe it was $128 per lead," he said. "Lead means basically they send us a name and address, phone number and email and best of luck."

He says, at one point, he was paying $3,000 a month in leads. But here's the problem: While he did get some jobs through leads, he believes roughly half were bogus.

"Either we could not reach anybody, even after calling immediately after receiving notification," or he says when a homeowner did answer, "They said that they never signed up for anything. They didn't request any work done for any contractors."

Bevilacqua and 1,300 contractors nationwide are seeking to join a class-action lawsuit.

It even accuses HomeAdvisor's sales representatives of " blatantly lying to service professionals."

In court records, HomeAdvisor has denied wrongdoing and wants the lawsuit dismissed.

Scott Ziegler signed up with HomeAdvisor when the company was known as Service Magic in 2006. It has since merged with Angie's List.

"At the end of the day they're really just there to take your money," he said.

He says he too began to suspect dead leads.

But more troubling for Ziegler, he says HomeAdvisor began exceeding his set monthly budget of $400 and billing him for a service called instant bookings.

He says he was billed an estimated $8,000 over three months for instant bookings. Furious, he says he called looking for a refund.

"I said can you please show me proof that I agree to these terms? Show me where I clicked on new terms of agreement or where I signed a paper or a voice recording of me agreeing to these terms. They told me to get a subpoena," Zeigler said.

The Denver based HomeAdvisor had no comment on Bevilacqua's case, citing the pending litigation. The company released this statement regarding Ziegler:

"We are aware of the pro's ongoing concerns regarding his membership with HomeAdvisor. While we disagree with his assessment of the situation, we will continue to work with him towards a resolution."
Report a correction or typo
Related topics:
businesshaverfordhome improvementaction news investigation
Copyright © 2022 KTRK-TV. All Rights Reserved.
TOP STORIES
Stormy midday on Tuesday prompts Weather Alert Day
Texas' primary runoff election: What to know about voting
Travis Scott now faces another lawsuit for 2019 performance
Family hasn't returned home since 12-year-old shot while asleep
8-year-old was 29 pounds when she died after repeat abuse, filing says
Brendan Langley, fmr. NFL player, gets in scuffle at NJ airport
Astros' trailblazing exec excited to be part of wave of women in MLB
Show More
CA mom scammed over formula for child with rare disease
US to release monkeypox vaccine from national stockpile: CDC
Lawmakers likely to take up HS athlete endorsements, ABC13 has learned
Border Patrol braces for influx of crossings with Title 42 extended
New degree program at UH will highlight Latino community experiences
More TOP STORIES News