KTRK
By Ted Oberg
MONTGOMERY COUNTY, Texas (KTRK) -- Chris Linn walks around an unfinished home in Montgomery County. The front door, windows and some siding are installed, but there's still work to be done.

"This is going to be my new home," Linn explained. He pointed out the weatherproofing at the peak of the side wall and sheepishly admitted, "I don't do so well on a high ladder, so I stuck my wife up there to do a lot of this."

In the hot and dry backyard, Linn pointed to safety rails on the roof and was still amazed at how strong the hurricane straps are holding the roof and side walls.

Linn is a leather goods equipment salesman, not a contractor, but he and his wife have spent more than 100 hours building the house as part of Montgomery County's Habitat for Humanity.

Linn and other Habitat for Humanity volunteers used to spend hours each week working on the home, but the loud construction noises have been replaced with the sound of a single hammer swinging.

"On a Saturday morning, we have hundreds of volunteers. You hear the buzzing, you hear the hammers ... but today, you don't hear that noise," said Vicki Johnson, executive director of Habitat MCTX. "We've had to make a lot of adjustments with the COVID and just shuttering services and closing services. We want to keep our volunteers safe."

Linn, his wife Krista and their four children were supposed to move into the home by the end of the summer. Now, the Linns and eight other prospective Habitat for Humanity homeowners in his neighborhood are putting their move-in dates on hold. 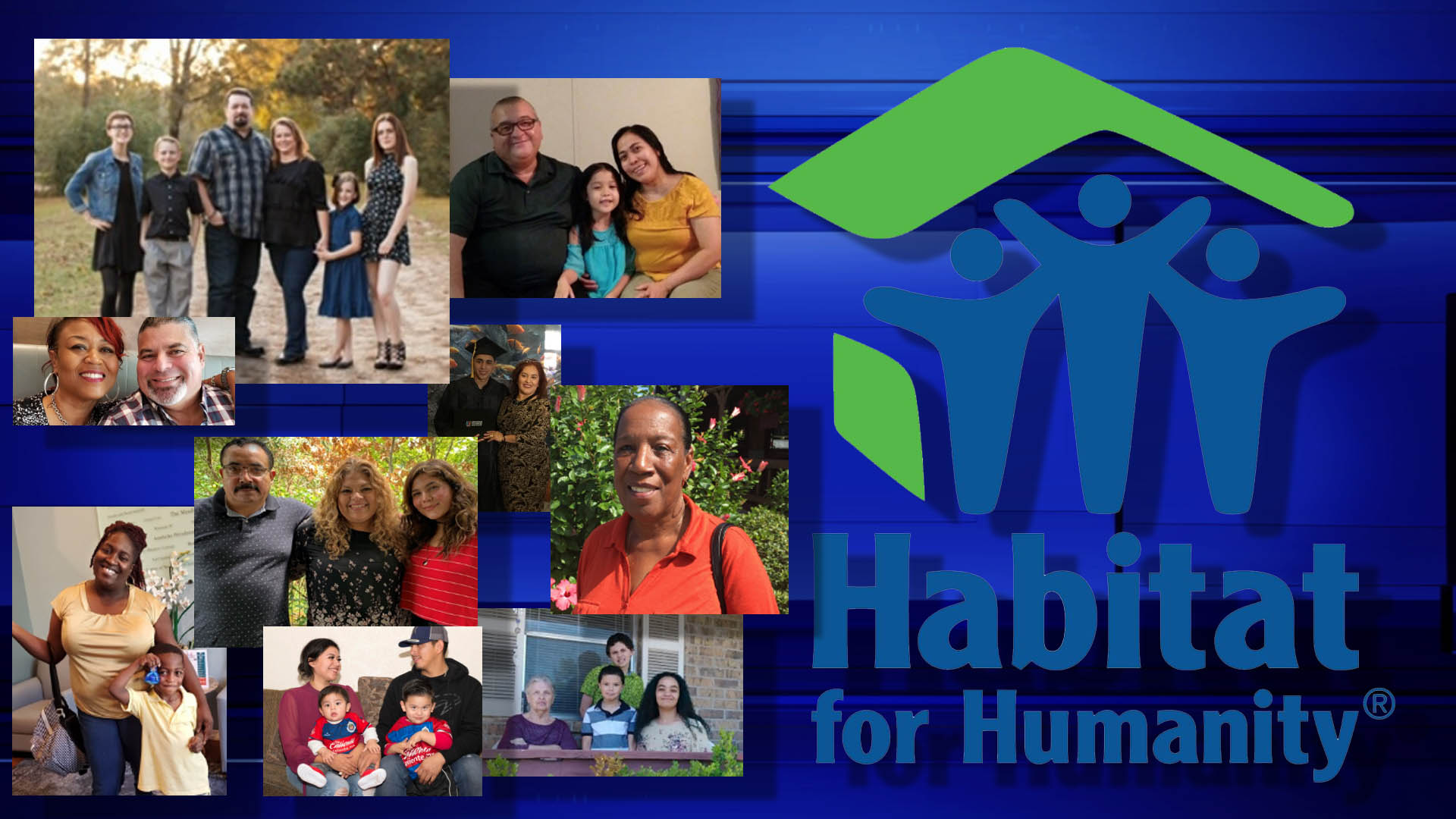 Johnson said work is still being done on the homes by two staff members and a couple of subcontractors, but it is moving slower than normal due to social distancing and business closures.

"I'm sure hundreds of charitable organizations in Montgomery County are feeling the same [effects]," she said. "We're committed to our mission, but we've had to slow [down] or make adjustments." COVID-19 forced the cancellation of the group's annual fundraiser and closed its retail store. It means the group's budget is taking a hit alongside the construction schedule.

Through the organization, Linn said he's been able to work on his neighbors' homes and they've helped build his home. He knows them by name months before they ever move in. The program has given him a chance to get to know his neighbors and learn about the struggles they've been through.

"When this is all done, I will have helped everybody on this street now and they've helped me and it's just, that's a wonderful thing. I wouldn't trade that for anything," he said.

The Linns spent more than 100 hours working on the home, which is big enough so each three of their children can have their own room for the first time in a long time. Their oldest daughter is working in Florida.

They started building it in January and came every weekend until coronavirus slowed down the work.

"It's mixture of emotions," Linn said. "We had a plan to be here in the next couple of months. They'll probably be pushed back and it makes it a little bit difficult, but every day you wake up on this side of the dirt, it's a good day."

The family was displaced in 2016 when their rental home was ruined during the Tax Day flood. They lost everything.

"We literally walked out of there, six of us; three of us had shoes and we were homeless for weeks," Linn told ABC13 remembering that night.

They were able to get into temporary housing, but Linn said he lost his job which meant losing the apartment they were in.

The family has been living in a camper, but with schools closed, Chris' wife and the Linn children moved in with family in Kentucky.

They're all dreaming of the day the construction noise returns to their neighborhood, getting them that much closer to that place of their own and stability for their children.

"We're just grateful," Linn said. "When you look at all the work and all the hands that have gone into building this and there's not a way that we can ever repay it, you know, other than helping the next group, being there for the next people."

Have a tip for Ted Oberg? A problem to solve? Get in touch with us on our tip page, or send a tip below. (On mobile? You can open our form by tapping here.)
Related topics:
home & gardenmontgomery countycoronavirusconstructionhabitat for humanityvolunteerismcommunitycovid 19 pandemiccovid 19 outbreakcovid 19
Copyright © 2020 KTRK-TV. All Rights Reserved.
More Videos
From CNN Newsource affiliates
TOP STORIES