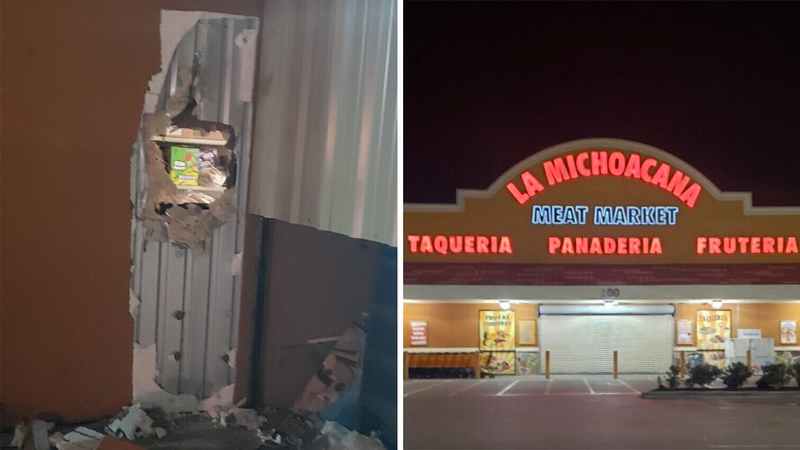 KATY, Texas (KTRK) -- Harris County Sheriff's Deputies discovered a hole in the back of the La Michoacana grocery store at 6845 Fry Rd. early Tuesday morning after a suspicious person call.

District four deputies responded to the call and observed two males by the hole.

District 4 Night Shift responded to a suspicious person call at 6845 Fry Rd. Two males were observed by a hole in the back wall. One male was detained and found to have burglary tools and a gun on him. The other male fled the scene and was not found. Charges were filed. pic.twitter.com/9lB61n8aBX

They detained one of the suspects and found burglary tools and a gun in his possession.

The other suspect fled the scene and has not been found.