Damage seen during the daylight of hangar near Hobby Airport

No one was inside the hangar when it happened. No one was hurt.

The Houston Airport System says the runway that was once covered by debris from the collapsed hangar reopened sometime after 3 p.m. Wednesday, but that part of a neighboring taxiway is still closed.

According to HPD Lieutenant Larry Crowson, police received a call a little after midnight to assist the fire department at the hanger owned by Jet Aviation.

The private plane hangar is located on West Monroe Road at Scranton Street.

The National Weather Service confirms there were wind gusts of 80 miles per hour at Hobby.

A total of eight planes were damaged: four inside the hangar and four outside. Bill Begley, the public information officer at Hobby Airport, says there's millions of dollars in damage.

Hobby Airport is now working with Jet Aviation to make sure all the debris is removed from the taxiway used by commercial planes.

Currently, there are no flight delays.

Some flights that are scheduled to take off in that area will be moved to the west side of the airport.

"There's only so much you can prepare for," said Bill Begley, public information officer for Hobby Airport. "We lease this area out to companies and they build the facilities so we're trying to support them and trying to recover what's happening here. Mother Nature can be pretty strong." 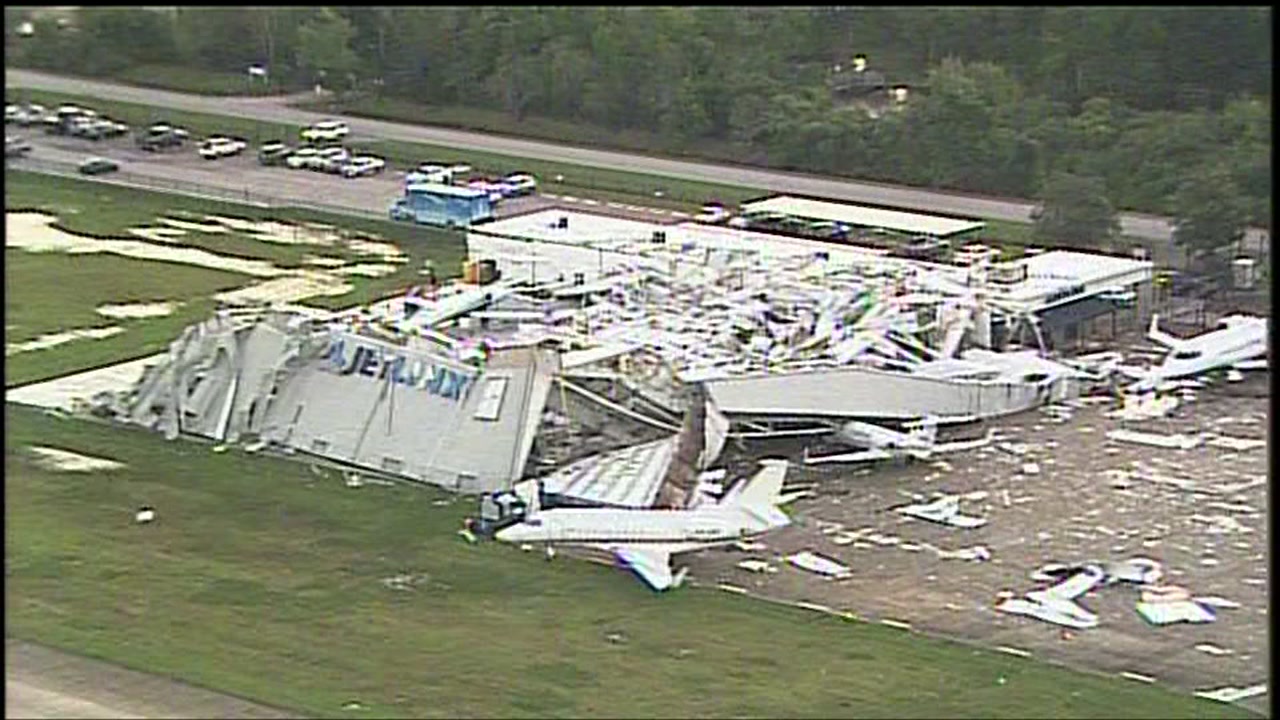 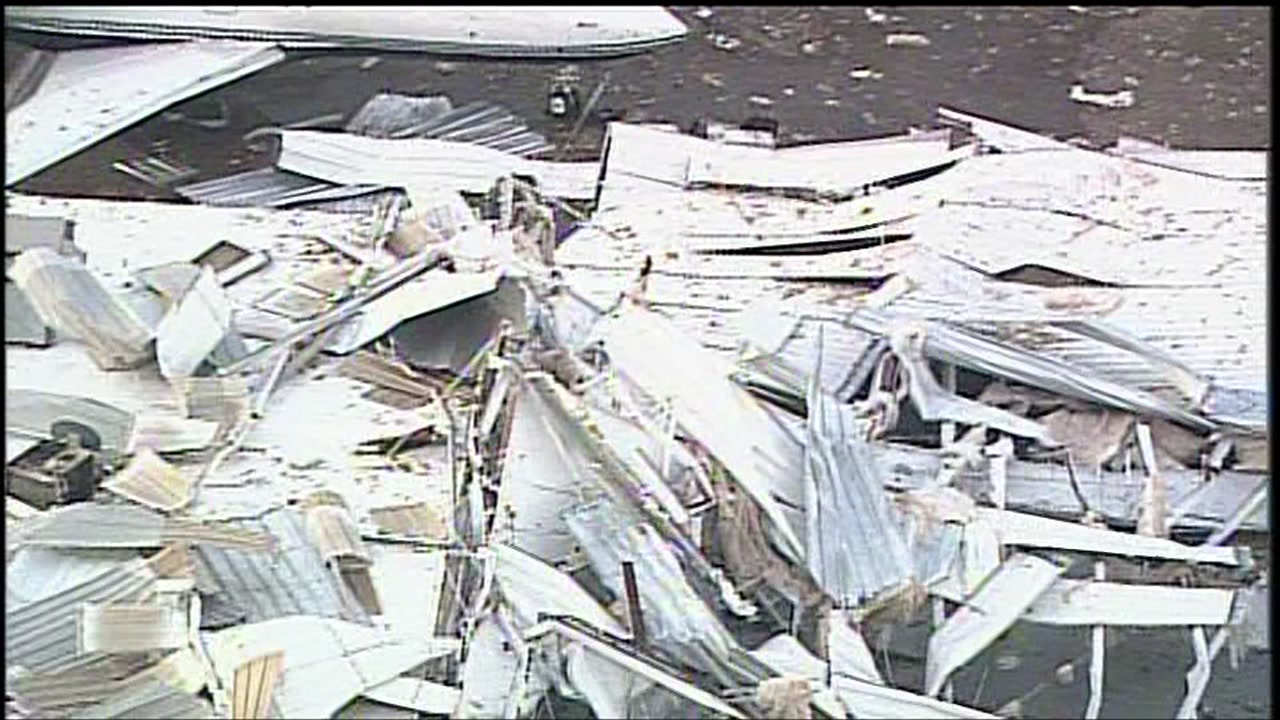 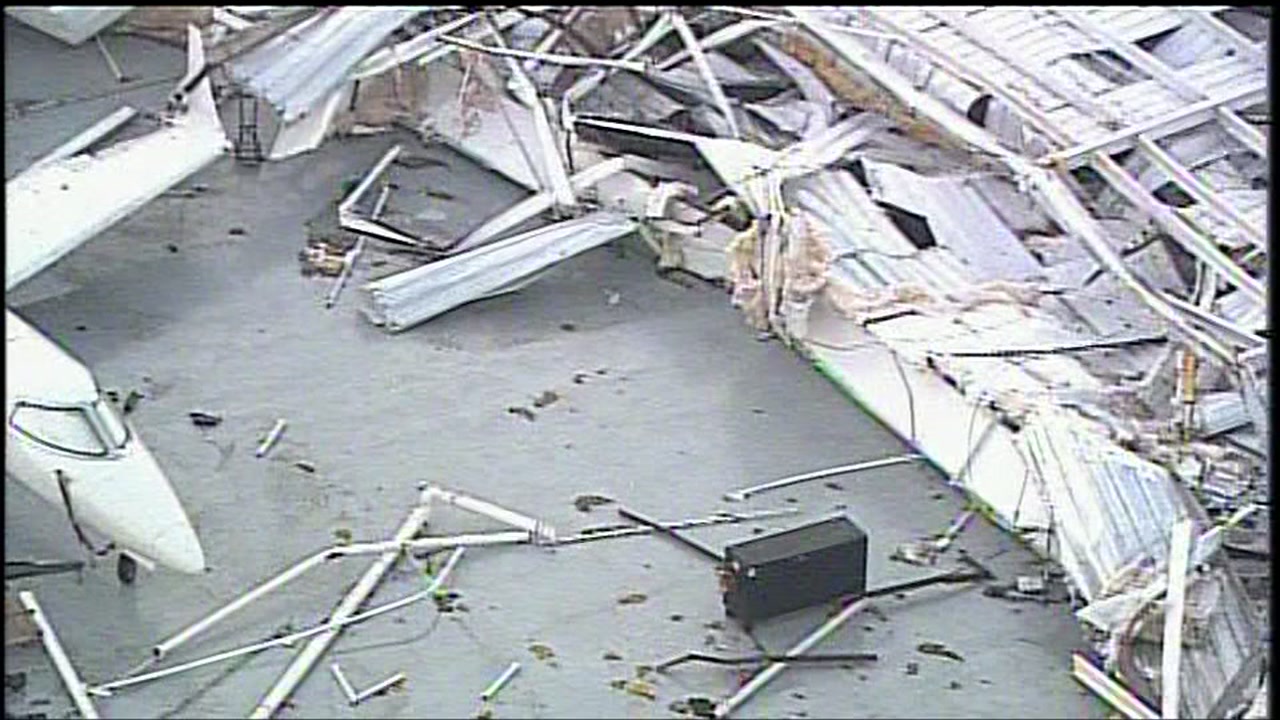 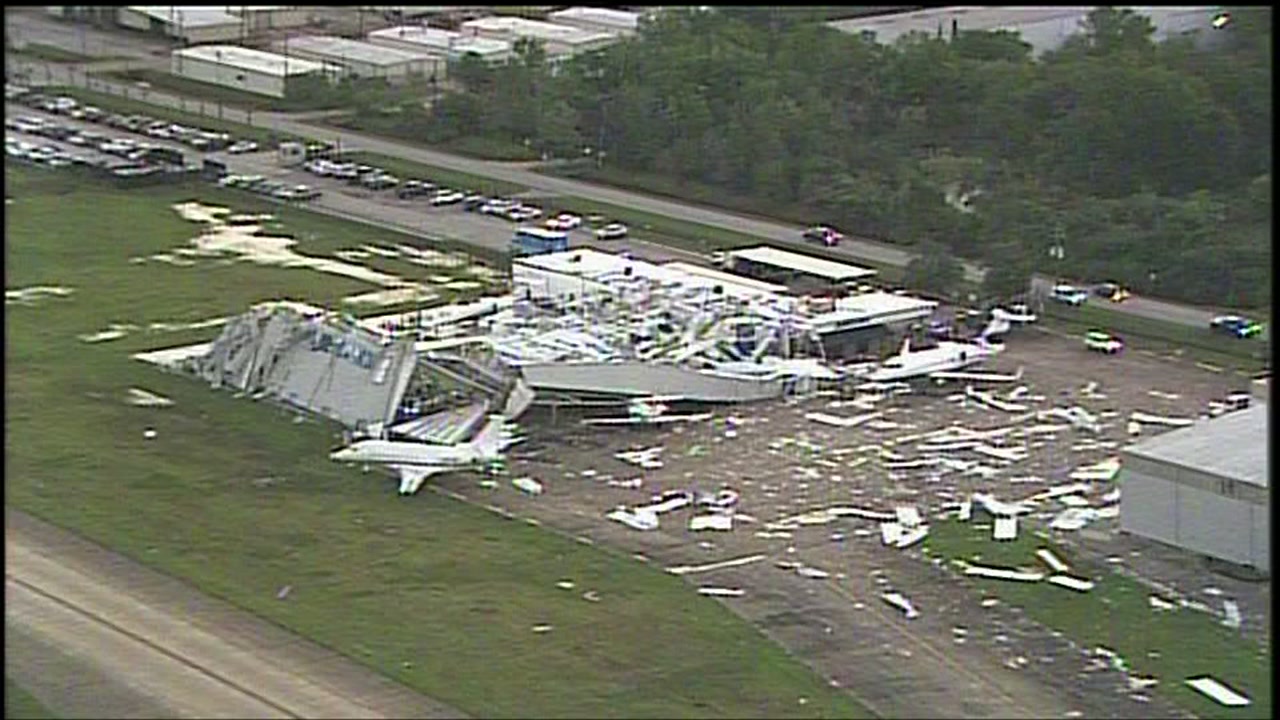 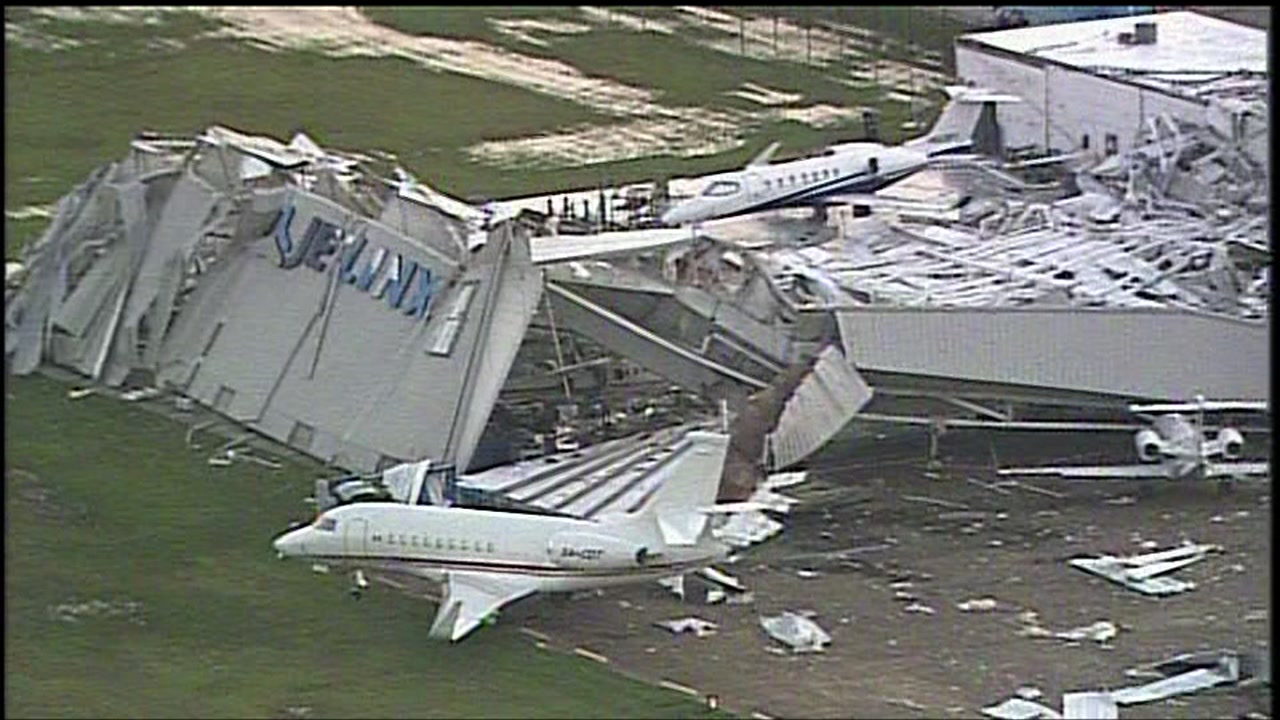 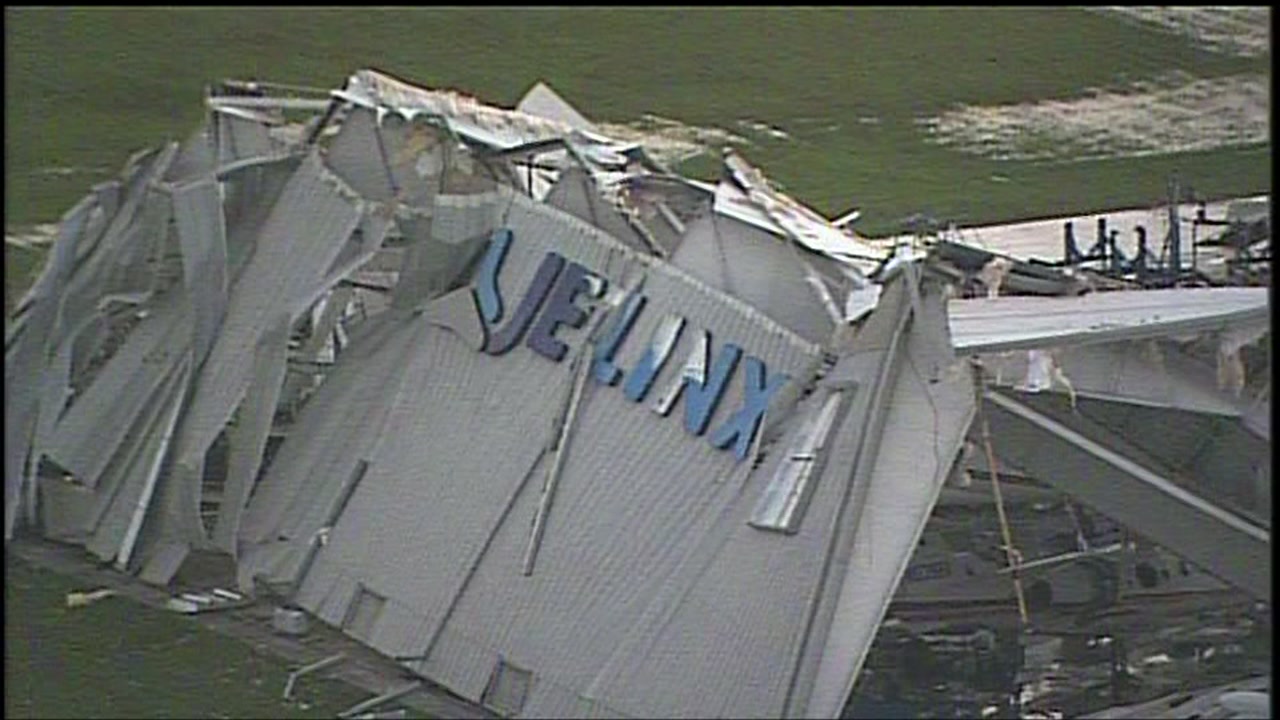 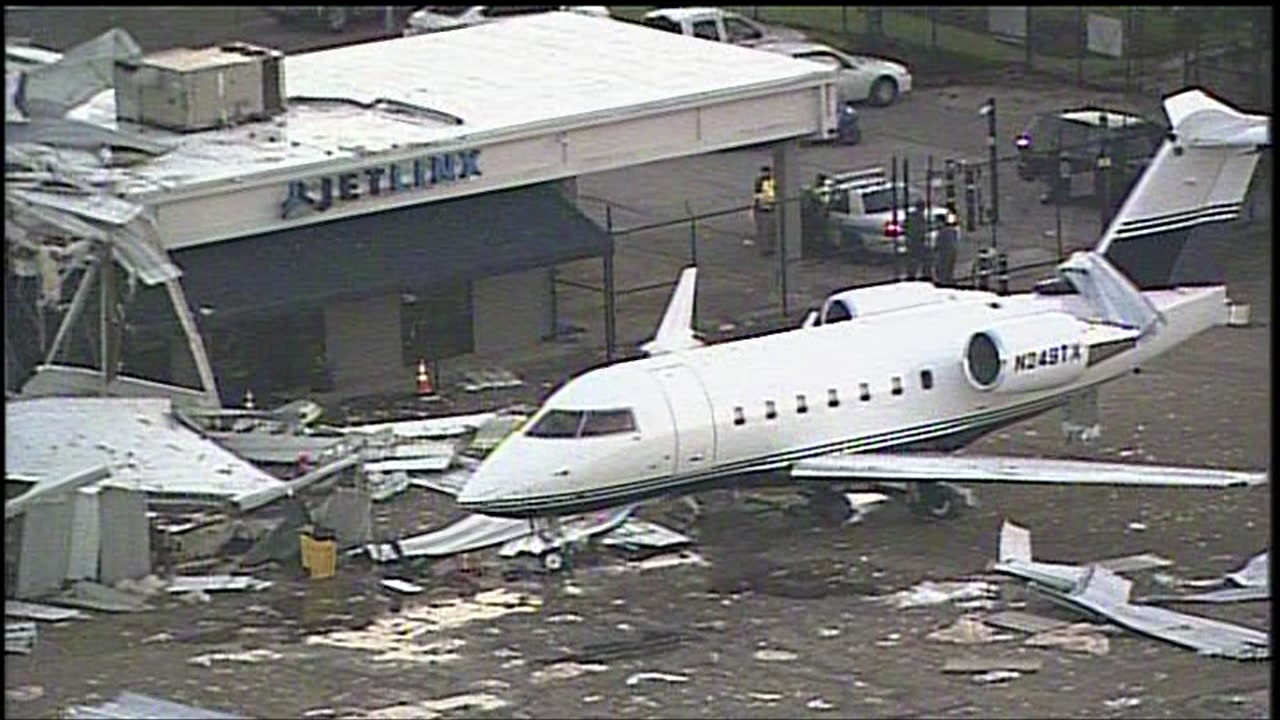 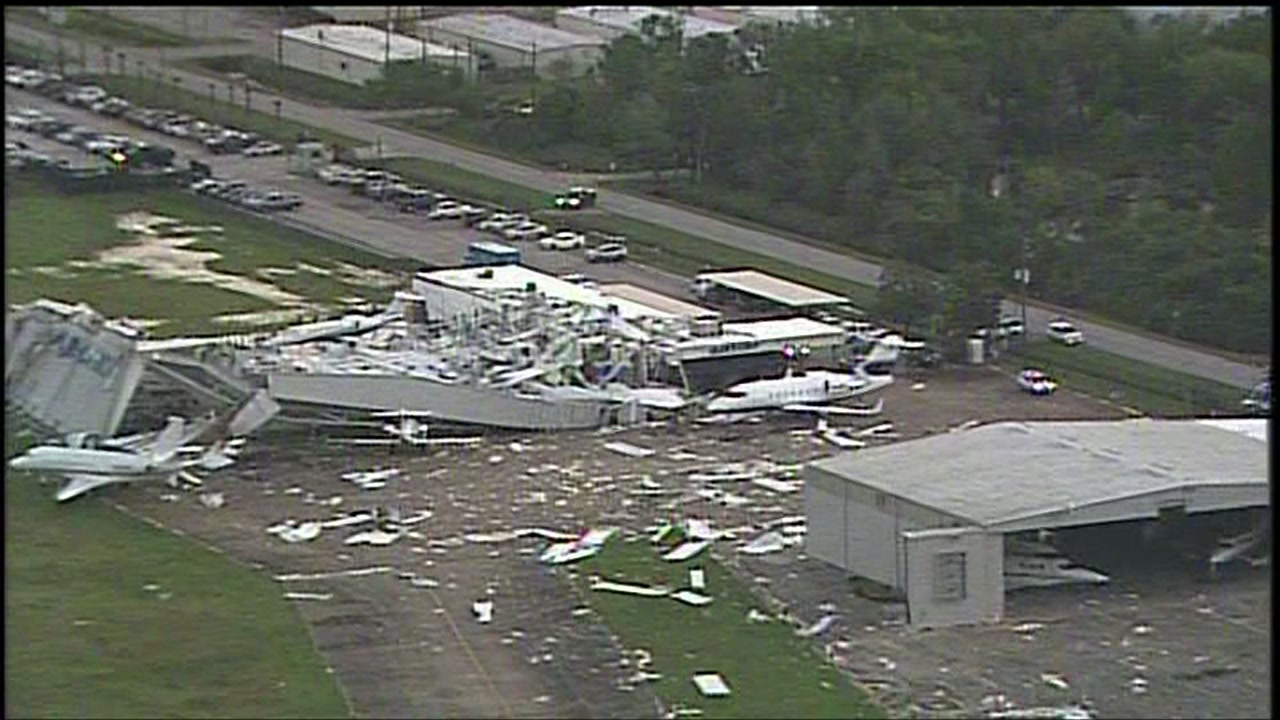 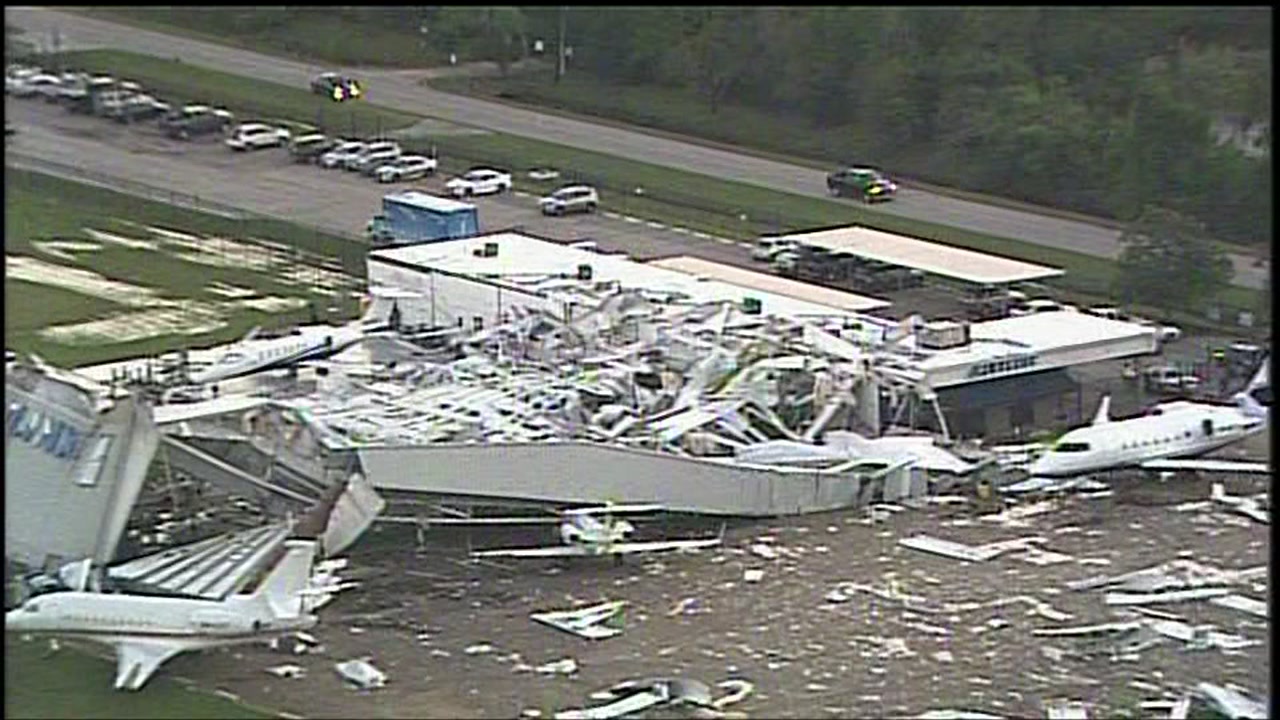 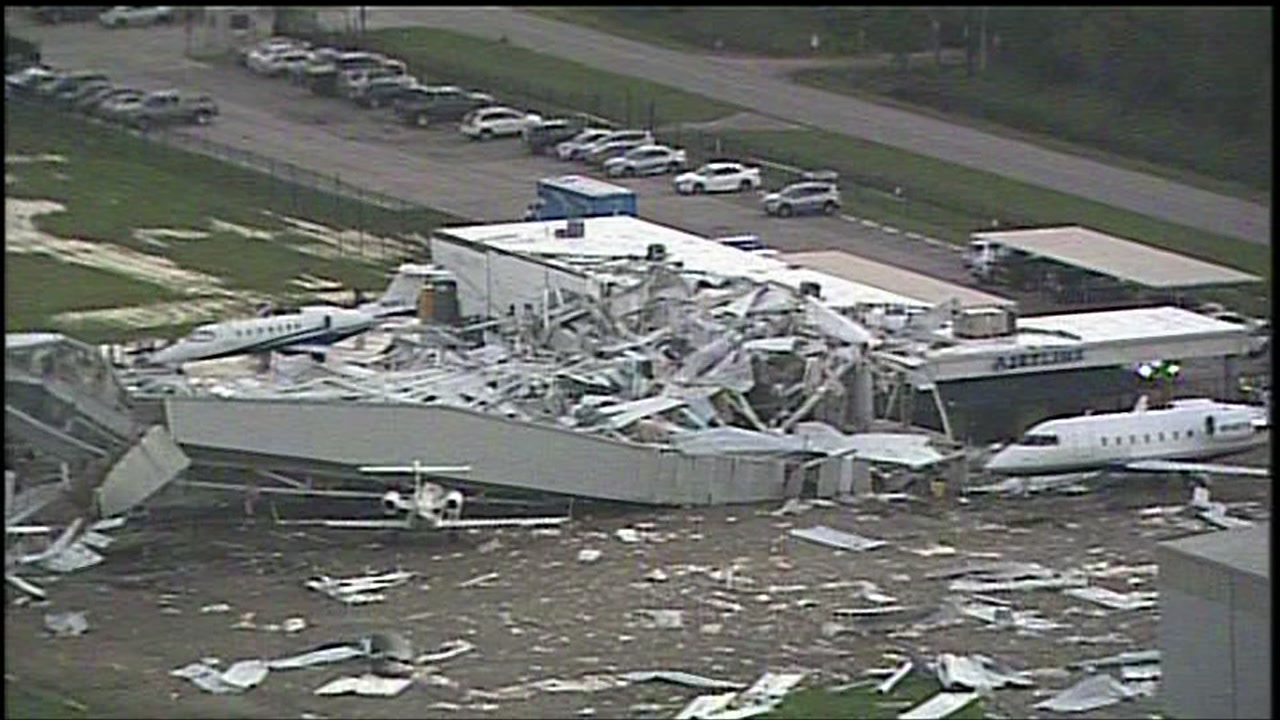 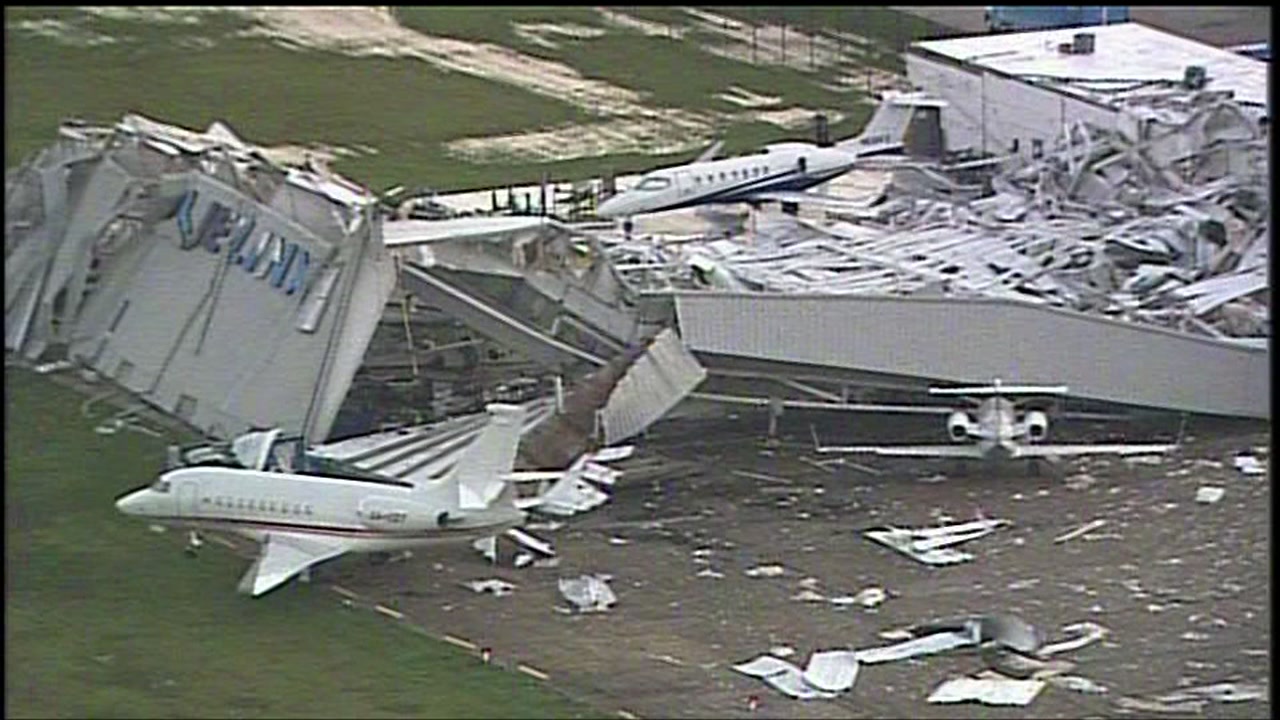 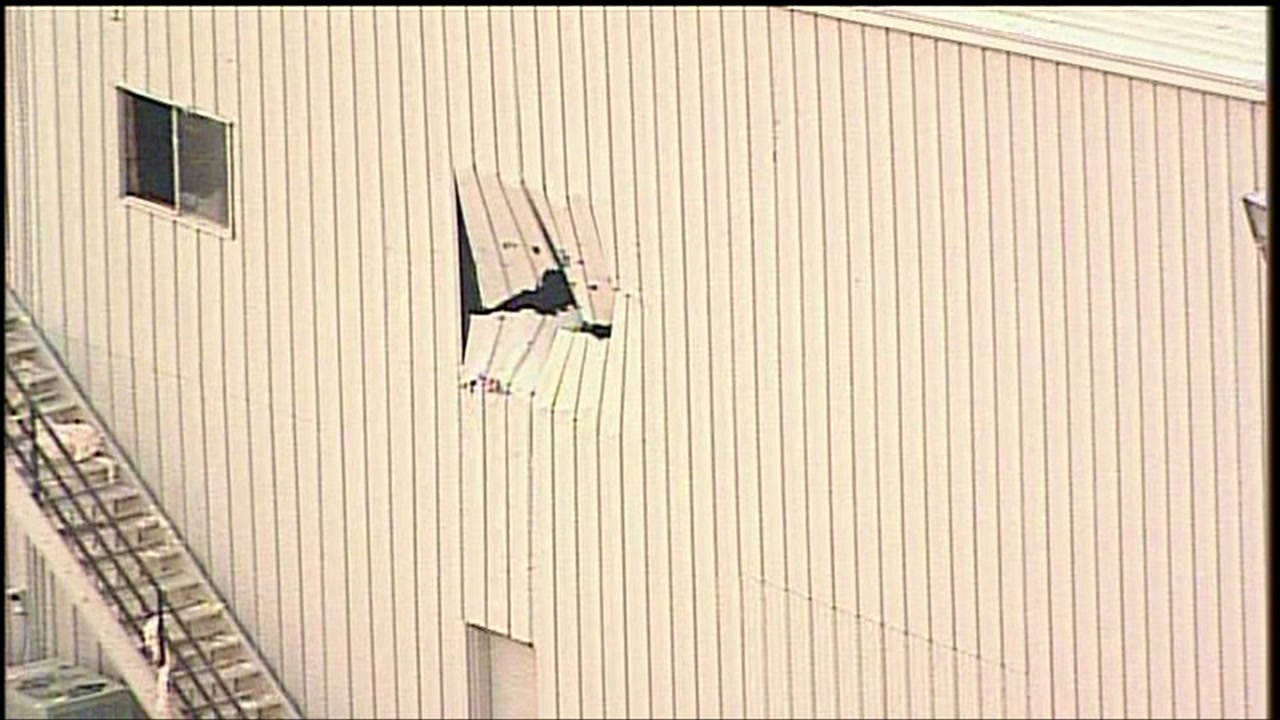 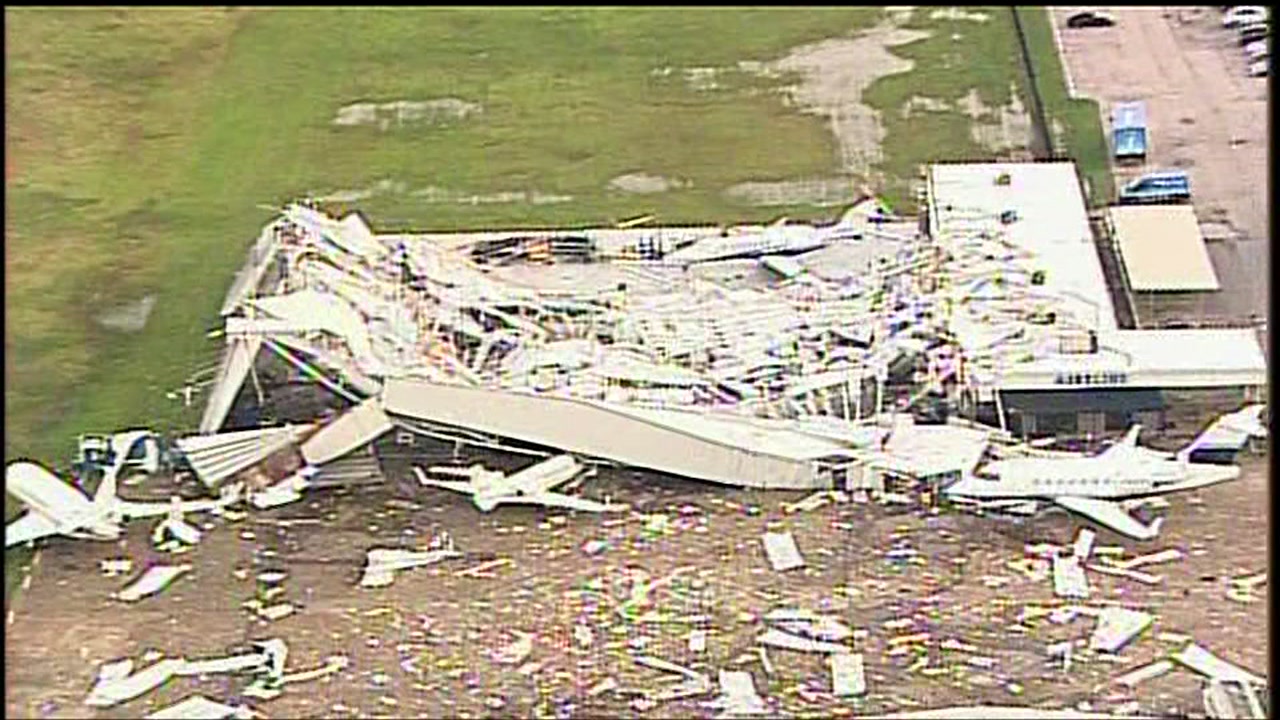