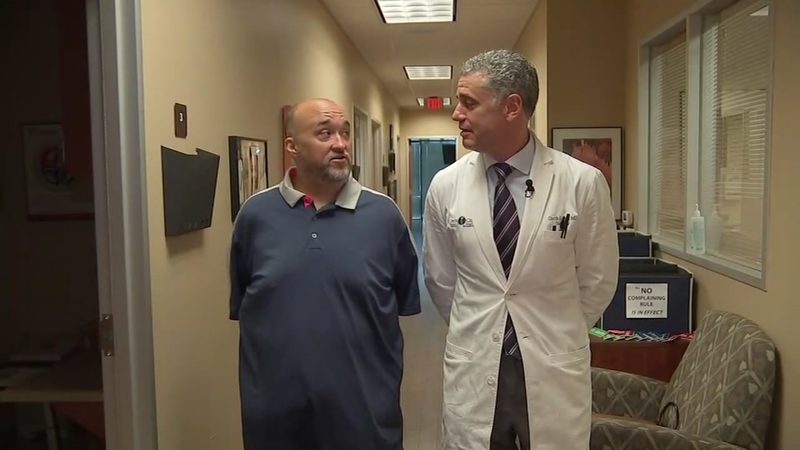 HOUSTON (KTRK) -- After dropping 200 pounds, one Houston man is getting ready to participate a sprint triathlon, but he's not doing it alone. A surgeon who's been with him every step of the way will be right there beside him during the race.

Cook had long been avoiding the 489-pound man whose weekend highlights included lying around watching movies and overeating.

"My weight kept spiraling out of control," said Cook.

It was during a company crawfish boil that someone took a photo of him and Cook finally saw the truth.

After a failed lap-band surgery Cook almost gave up.

"Marcus came to me a year and a half ago," said Dr. Garth Davis, a bariatric surgeon with Memorial Hermann-Memorial City.

Cook would go through gastric bypass surgery, but first Dr. Davis wanted to make sure he would be ready to change his old bad habits.

"He said the surgery is a tool, but the way you change your life you have to do something new every day," said Cook.

After the surgery, Cook took that little phrase and literally ran with it.

He slowly began training for a sprint triathlon and then challenged his doctor, a triathlete himself, to do one with him this weekend in Katy.

"I have never done this with one of my patients," said the doctor. "There's nothing more that is rewarding than by doing a triathlon with your patient. I can't wait to see him cross the finish line."