KTRK
By Marla Carter
HOUSTON, Texas (KTRK) -- On Wednesday, we hit a grim milestone in this country. More than 250,000 Americans have died from COVID-19. It seems terrible to measure human loss, but to put that in perspective, that's enough to fill the seats at Minute Maid Park six times over.

Melinda Aguilar had just hit a milestone, turning 70 years old. The mother of four loved to cook and loved spending time with her grandchildren. She had a heart condition. This month she ended up in the hospital with COVID-19 and died just days later.

"A week into it and we haven't even started scratching the surface of when we might be doing the funeral," said Gregory Compean.

Compean says it's been tough. Not only did his cousin Melinda die, her daughter Melissa was hospitalized with COVID-19, too. Melissa is back home but still recovering. The family has delayed Melinda's funeral until Melissa is better and tests negative.

"It comes at a strain for the family, because it's just like prolonging the grieving process," said Compean.

Compean knows the loss from COVID-19 all too well. Not only has he lost family, but he's watched dozens of other families experience loss as well.

"We're all used to working in a stressful environment, but I think coming in every day and seeing some of your patients not getting better, I think it does take kind of an emotional toll."

He runs a funeral home in the East End of Houston, a well-known Hispanic community. It's a neighborhood made of essential workers and multi-generational homes and it has one of the highest COVID-19 death rates in Harris County.

At least 33 people have died in the area since the pandemic began. That one neighborhood has seen more loss than 95 percent of counties in our entire country. In Texas, only 19 counties have higher countywide death rates than this neighborhood.

"When your business increases at that rate, there was no way to be prepared for it either," said Compean, president and owner of Compean Funeral Home.

The loss was so overwhelming that he had to buy a refrigerated trailer. He has not had to use it, yet.

"Fortunately not. It's ready in case we have to," said Compean.

The East End isn't the only Houston community among the hardest hit in the country. Just across Buffalo Bayou is the Fifth Ward.

In Harris County, it's the third highest death-rate neighborhood, about two-and-a-half times than the Harris County rate, which is about 60 per 100,000.


Interactive not displaying correctly? Click here to open in a new window.

James Joseph is an associate pastor and community leader in the Fifth Ward. He says there are a lot of elderly people in the historically Black neighborhood.

He's been working to bring testing to the area but still he says the limited medical resources outweigh the need.

"[COVID-19] had really devastated communities of ours that are underserved already, even before the [COVID-19] come through and with underlying diseases.," said Joseph, who is also the president of Blocks Organizing Neighborhood Defense.

His church, Lyons Unity Missionary Baptist, is still closed due to the pandemic. Even if it were open, the pews would be at a loss.

"I can't name on my two hands as many people have died from [COVID-19] in this community. It's just a tragedy because we leave a legacy here," he said.

Another community that's been impacted is the southern portion of Pasadena. This neighborhood's [COVID-19] death rate is more than three times that of Harris County. In Texas, only 19 counties have a higher countywide death rate. Nationwide, less than 5 percent of counties across the U.S. have a higher death rate than we're seeing in this one neighborhood.

All the lives lost by a virus have impacted our neighborhoods, our families, no matter the zip code. We remember Joseph's neighbors, his fellow church members, the families that fill the funeral homes and the mothers like Melinda, all part of the 250,000 lives lost, but never forgotten. 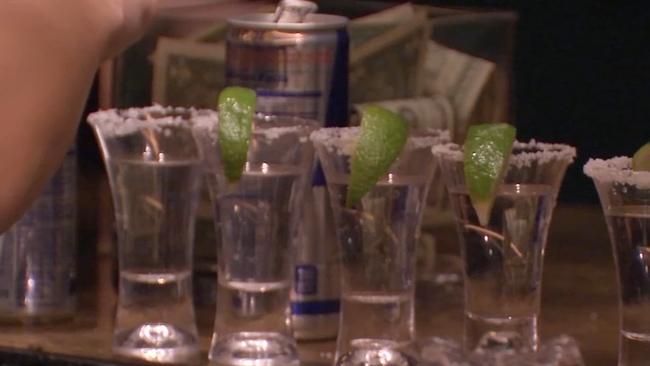 Houston doctor says next 6 weeks will be 'pretty dark'