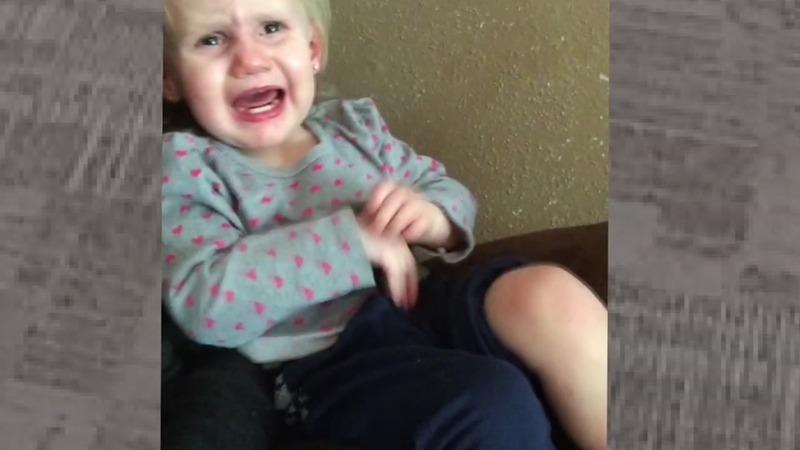 LA PORTE, Texas (KTRK) -- Imagine an insatiable itch that scratching won't satisfy. For 4-year-old Makenna Brown, that was the case.

Brown is now a part of a clinical trial to help the itching caused by a genetic disorder affecting the liver called Alagille Syndrome.

"It was like torture," Makenna's mother Jessica said. "Just screaming, crying torture all day and night, no sleep."

Jessica and her husband Jason say they felt helpless as their daughter would scratch to the point of bleeding.

"She (Makenna) would be crying, I would just cry with her," Jessica said. "You're literally watching your child being tortured and you can't do anything about it. There's nothing you can do to make it better."

The Browns finally found hope at Texas Children's Hospital, where Makenna became a part of the clinical trial for medicine to treat the itching.

"I can't overstate how terrible the itching is," says Dr. Benjamin Shneider, who is leading the study.

Luckily for the Browns, doctors have seen success.

"This study has really changed her life," said Dr. Daniel Leung, who's been treating Makenna.

Makenna, who is almost five, is basically itch-free, thanks to the medicine. Her parents and doctors are hopeful this study will be successful for more kids like her.

"For people who have children with liver disease in the future who may need it, it is literally a life saver," Jessica said.