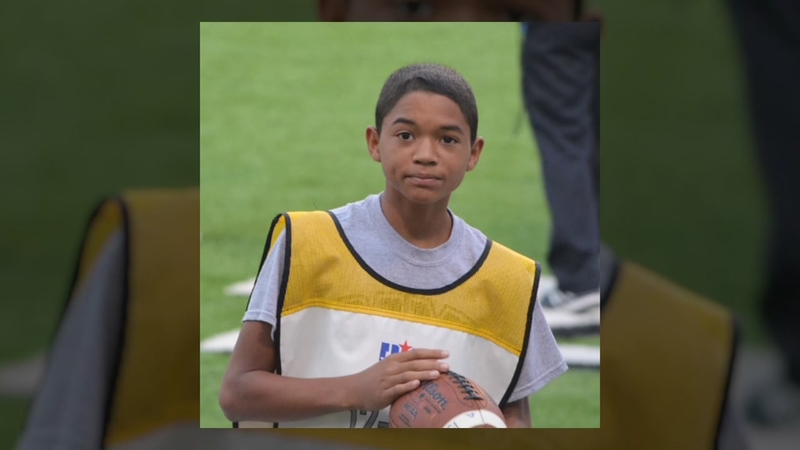 HOUSTON (KTRK) -- A Houston-area teen is fighting for his life after a brain-eating amoeba entered his body while he was swimming at a local lake.

Only a handful of people have ever survived the rare parasite, so the teen's family is praying for a miracle and warning other parents.

Three-time junior Olympian and honor student Michael Riley Jr. should have been starting high school at Cy Ridge on Monday, but instead, the 14-year-old is at Texas Children's Hospital fighting for his life.

"Coming from a lake, you might think maybe you'd get an ear infection, something like that," said his father, Mike Riley. "You wouldn't think that going to the doctor's office that they'd tell you your son only has a couple days to live, which is what they told us."

Michael went swimming at a park near Huntsville with his track team August 13. The best guess is the amoeba swam into his nose and up into his brain.

Michael's mom is still in shock after learning only three people have survived this brain-eating amoeba. Most recently is Arkansas teen Kali Hardig. The Centers for Disease Control and Prevention is providing experimental drugs, a medically induced coma, and a cold mat therapy -- Hardig's same treatment.

There's been five cases in the U.S. this year, two of them in our viewing area. A few weeks ago, a Houston-area kid didn't survive the brain-eating amoeba, which is why the Rileys want you to know the symptoms: terrible headache, vomiting, fever, disorientation.

Act fast if you see them.