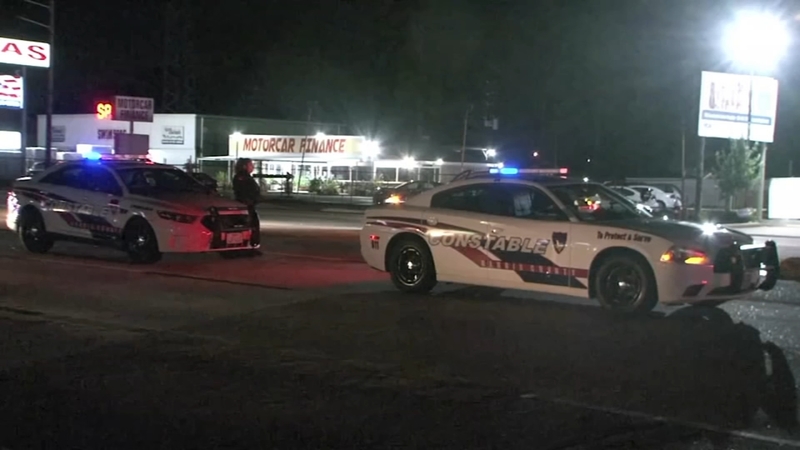 HARRIS COUNTY, Texas (KTRK) -- A program aimed at reducing crime in the hot spots of unincorporated Harris County has wrapped up its first month.

Commissioners approved $2.6 million to fund Harris County Safe on Nov. 30. The initiative splits up 96 deputies between seven areas that have been identified as having high crime. They are patrolling during specific times that the sheriff's office has identified as being problematic. Working the program would be overtime for the deputies.

During the commissioner's court meeting, both Commissioner Jack Cagle and Commissioner Tom Ramsey stated they hoped the constables would be involved.

"I don't know who talked to the constables, but there is no mention of them in this document and I would echo that we need to have more of that cooperation," Cagle said.

In response, both Commissioner Adrian Garcia and Harris County Judge Lina Hidalgo said they were told by the sheriff's office that the constables were on board.

"I did ask that question, I think all of us did, and Maj. Cotter spoke with the constables," Hidalgo said. "That will allow them to use both constable deputies from the relevant precinct and sheriff's deputies and they are already in touch with each of the constables."

This week, almost all of the constables attended the same press conference at Crime Stoppers. ABC13 asked if they felt the money they were given to reduce crime was helping.

"In the meeting, when they said that we were on board, the constables, I knew nothing about it," Harris County Precinct 4 Constable Mark Herman said in response.

ABC13 reached out to all eight of the constables and were able to get in touch with six. All of the precincts we heard from said they also did not know about Harris County Safe until the commissioners court meeting. All six said they were not participating, many said because of limited resources.

ABC13 reached out to the Harris County Sheriff's Office several times over a three-day span trying to learn about the disconnect. Initially, on Tuesday, a spokesperson said the initiative only involved the sheriff's office. On Thursday, the same spokesperson said the constables were supposed to be involved and they attempted to tell them about Harris County Safe. We asked how many days since the program started that it was fully staffed according to the plan but did not get an answer.

The Harris County Sheriff's Office said the program was going well and they are working to compile data from the first month. At least two constables said they received an informational document from the county about the initiative on Wednesday morning explaining how their department could get involved.