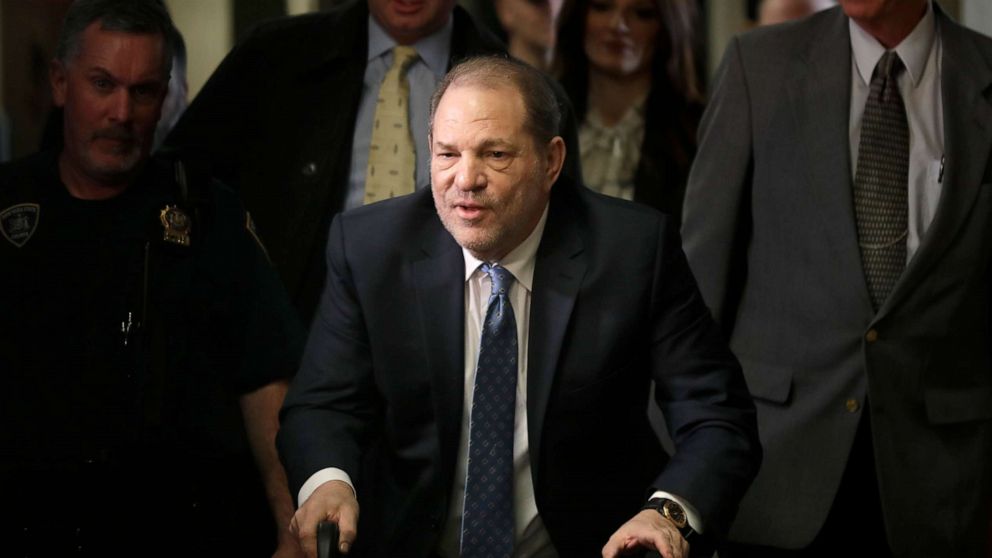 Harvey Weinstein's two ex-wives went to court in April and successfully convinced judges to freeze nearly $6 million of his assets, according to court records reviewed by ABC News this week and three sources close to the disgraced Hollywood producer.

The rest of his estate is tied up in bankruptcy and other civil proceedings, multiple sources familiar with the situation confirmed to ABC News.

Sources close to Weinstein claimed that the asset freeze has complicated his efforts to appeal his New York conviction and mount a strong defense ahead of his L.A. trial.

"He doesn't have the money to file an appeal," a source told ABC News earlier this month. "He can't spend anything without his ex-wives' approval."

The legal actions are the latest in a series of mounting pressures facing a once invincible industry titan who held dominion for decades over a Hollywood film empire.

Having reached a nearly $19 million settlement last month of a 2018 workplace discrimination lawsuit brought by New York state's attorney general, Weinstein is still facing a raft of ongoing civil lawsuits and bankruptcy proceedings related to The Weinstein Company, as well as the looming appeal of his landmark New York conviction.

In March, law enforcement sources told ABC News and other news outlets that Weinstein contracted the coronavirus shortly after being transferred to the Wende Correctional Facility in Alden, N.Y., where he is serving a 23-year sentence as he awaits extradition to Los Angeles. If convicted at that trial on all counts, he could face an additional 29 years in a California prison.

Yet, a third source close to Weinstein counseled caution about reading too much into the latest court salvos in ongoing separation disputes between parents who share children. Weinstein fathered three children with Chilton and two children with Chapman.

"This is a negotiating tactic," the source contended of ex-wives' efforts. "The parties will eventually work it out, lift the order and things will move forward."

Veteran victims' advocate and attorney Gloria Allred, who represents some of the women who have or will testify against Weinstein in criminal court, said that news of the asset freeze concerned her.

"This new development presents a serious impediment to the efforts of the victims of Harvey Weinstein to obtain compensation from him for the harm that he has inflicted on them," Allred told ABC News. "It is not ,however, the end of the road for victims, because he may have other assets that are not liquid that may be available to the victims. I have no doubt that victims will persevere until they receive all of the justice available to them under the law."

Weinstein's New York spokesman Juda Englemayer declined to address Weinstein's divorce settlements, but told ABC News on Thursday that in general Weinstein is "keeping his chin up the best he can, soldiering on."

"He knows he has to keep a positive mindset to successfully pursue his defense."

The conviction came more than two years after bombshell reports from The New York Times and The New Yorker magazine detailed dozens of sexual harassment and assault allegations against Hollywood movie producer Harvey Weinstein and kicked the #MeToo movement into high gear.

Englemayer said Weinstein is reading in prison, "watching the news and watching what's happening all around us - with amazement."