ACTION 13: What if we don't reach herd immunity? 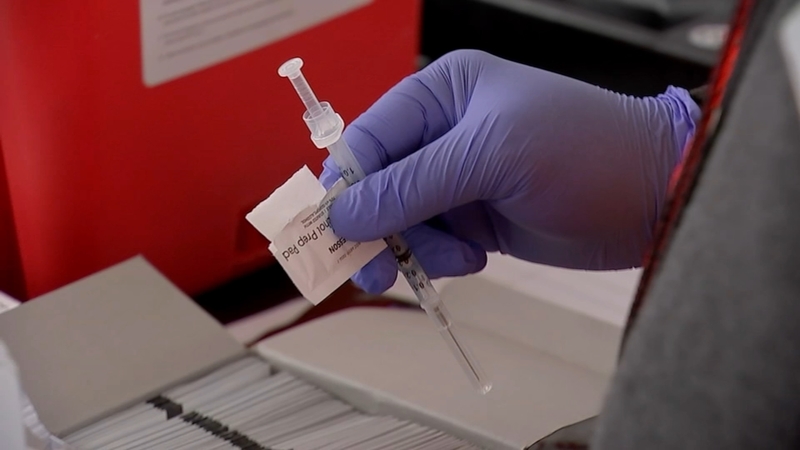 What if we don't reach herd immunity?

HOUSTON, Texas (KTRK) -- More than half of adults in Harris County have had a least one dose of the vaccine. In Fort Bend County, it's at least 60%. Still, we are starting to see demand for the vaccine slow down.

Action13 looked into what that means for herd immunity.

"My understanding of herd immunity is, it's a calculated value. You look at how infective the virus is and based on the characteristics of the virus, you predict what percentage of the population needs to be infected or immune to reach herd immunity," said Dr. James McDeavitt, dean of Clinical Affairs at Baylor College of Medicine.

What exactly is that percentage? Well, it varies from expert to expert as some say 70% or 80%. But some experts fear that due to vaccine hesitancy, we may not reach herd immunity.

SEE ALSO: Not reaching herd immunity by the fall could have dire consequences, medical expert says

McDeavitt doesn't see it that way. He thinks we can reach herd immunity, especially when you add up the number of people who have immunity from infection and the vaccine.

If you add both of those numbers up nationwide, McDeavitt says we're up to 164 million, which is about 50%.

"Which means if herd immunity is 70%, we're close to it," he said. "We're still administering about 2 million doses a day."

"If you compare this to the Spanish Flu in 1918, it took probably three years for the Spanish flu to burn itself out throughout the world and there were multiple resurgences and waves," said McDeavitt.

McDeavitt said in that case we could see pockets where there are increases in cases.

NRG Park is offering incentives if you get vaccinated at their facility now through May 16. You could win tickets to see the Houston Texans, Disney on Ice or other giveaways.