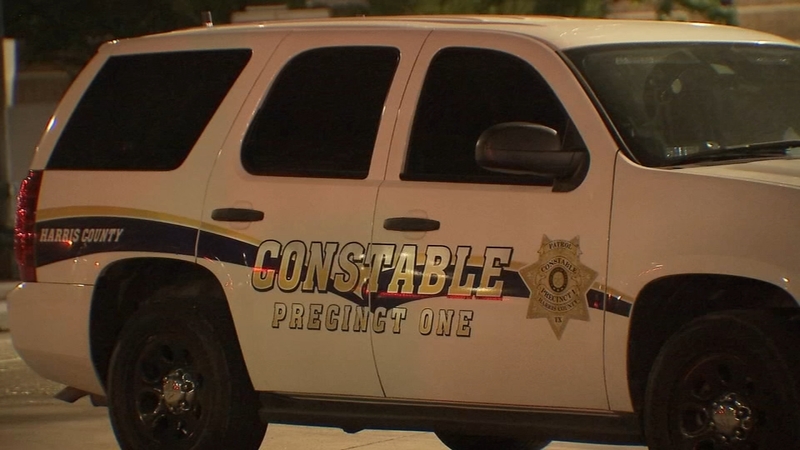 HOUSTON, Texas (KTRK) -- A former Harris County deputy constable and his girlfriend charged with conspiring to possess with the intent to distribute cocaine both pleaded not guilty on Wednesday.

On April 1, a federal grand jury returned a three-count indictment against Alexsander S. Reyes, 47, and his girlfriend, Priscilla Yvette Cervantes, 44, both of Huffman. They were arrested Tuesday, with Reyes placed in his own handcuffs.

The indictment alleges Reyes laundered what he believed was $350,000 in drug proceeds over a four-month span of time.

At the time of the offense, Reyes was a deputy constable with Harris County Precinct One Constable's Office. The charges allege that on two occasions in the fall of 2020, Reyes attempted to launder proceeds from drug activity and that he and Cervantes conspired to possess and distribute cocaine.

During an initial appearance in court Wednesday afternoon, prosecutors asked that Reyes stay behind bars awaiting trial. A hearing on that matter is set for Friday. Cervantes was released from custody pending her trial. She is not allowed to leave Harris County or its contiguous counties and must surrender her passport.

The two share a 4,300-square-foot in Huffman. Purchased in 2017, the home is valued at more than $600,000, according to tax records. According to county records, the couple applied for a marriage license on March 22, just two weeks before their arrests.

Constable Alan Rosen confirmed that Reyes had worked for his office since August 2016 and was assigned to the patrol division. He was fired immediately at the time of his arrest, according to the constable.

Reyes and his girlfriend are charged with one count of conspiracy to possess with the intent to distribute cocaine. If convicted, they face a minimum of 10 years and up to life in prison as well as a possible $10 million maximum fine. Reyes also faces up to 20 years if convicted of either of the two counts of money laundering.