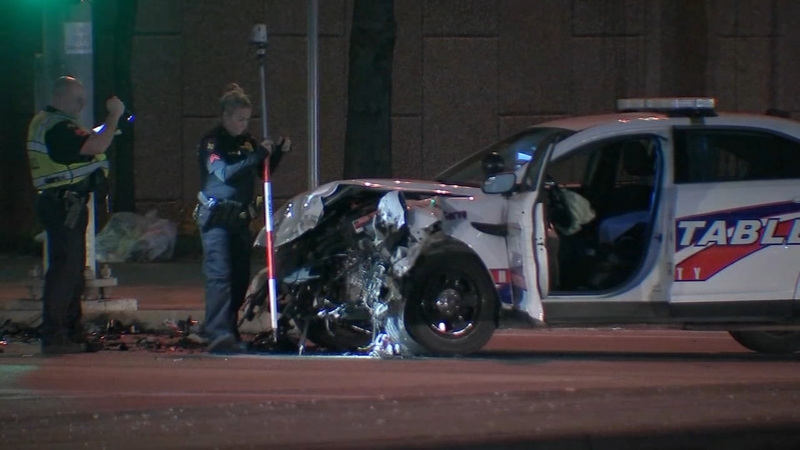 The crash happened just before 2 a.m. on FM 1960 underneath the I-45 overpass in north Harris County.

Video from the scene showed the badly damaged patrol car and the second vehicle involved in the crash. The Precinct 4 vehicle was a total loss.

ABC13 is working to learn how the crash happened, but according to Constable Mark Herman, his deputy constable has since been released from the hospital.

The other driver was arrested for suspected impaired driving.