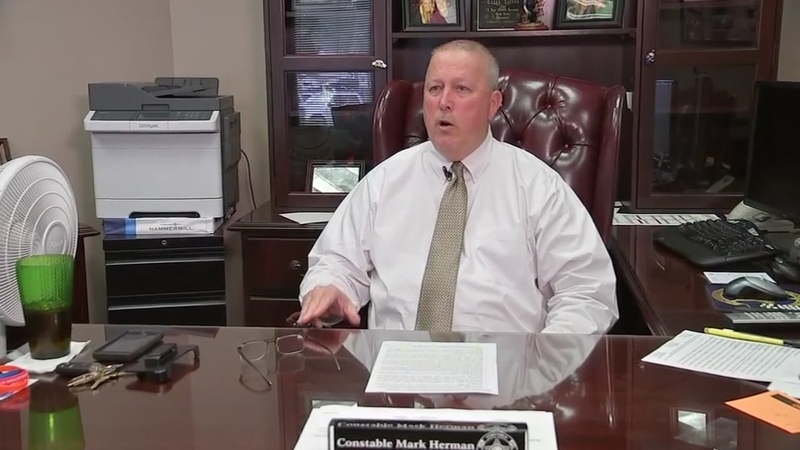 HOUSTON (KTRK) -- A total of 142 criminal cases in Harris County have been dismissed because evidence needed for trial was destroyed by a Pct. 4 deputy constable, according to the district attorney.

Most of those cases were related to drugs crimes.

Constable Mark Herman said he had a meeting with a group of deputies several months ago to talk about the property room that was overfilled with case evidence. He said evidence related to old cases needed to be destroyed.

"Basically any evidence that deputies seize, they make arrests, it's funneled through that property room for safekeeping and being stored," Herman said Friday.

However, evidence that was supposed to be kept safe was not. In April, Herman fired Corporal Chris Hess because he was in charge of maintaining the property room. Herman said an internal investigation revealed Hess had been destroying evidence without following proper protocol since 2007.

"Trial prosecutors in this office were not aware of any possible issues with their cases until one of them was getting ready to go to trial a couple weeks ago and they needed the drug evidence brought to court," District Attorney Devon Anderson said. "The trial prosecutor learned that the evidence had been destroyed the night before so she went into court the next morning and dismissed the case."

Anderson says as soon as they learned cases could be compromised, her office contacted the attorneys involved.

"This has been a constantly evolving process, but as we find cases that we are confident the evidence has been destroyed in," Anderson said. "We are immediately notifying defense counsel."

To date, 142 cases have been dismissed and 21,500 pieces of evidence have been destroyed, according to Anderson. Also, 1,072 pending Pct. 4 cases that are not drug related are under review. Anderson said she asked prosecutors in those cases to review each case and find out if evidence is missing.

The attorney representing Corporal Hess, Burt Springer, said his client did not act alone. He said Hess was told to defer to another deputy who was about to retire. Constable Herman denied that allegation.

When asked if Springer thinks his client is taking the blame for others' mistakes, Springer responded.

"That's pretty obvious. Although, let me clarify that. No one gave an order for anything to be destroyed illegally. Nobody," Springer said. "We're not alleging that Constable Herman did, anybody that worked for him. My client certainly was not given that order. This was a mistake."

Constable Herman said it was his department who discovered Hess was destroying evidence and that they notified the DA's office.

He said he has changed evidence destruction protocol as a result of this problem.

"When you have cases and an individual with this much power to affect this many cases, that's a problem," Herman said. "And I have already put mechanisms in place through a dual or triple custody before any evidence is destroyed."