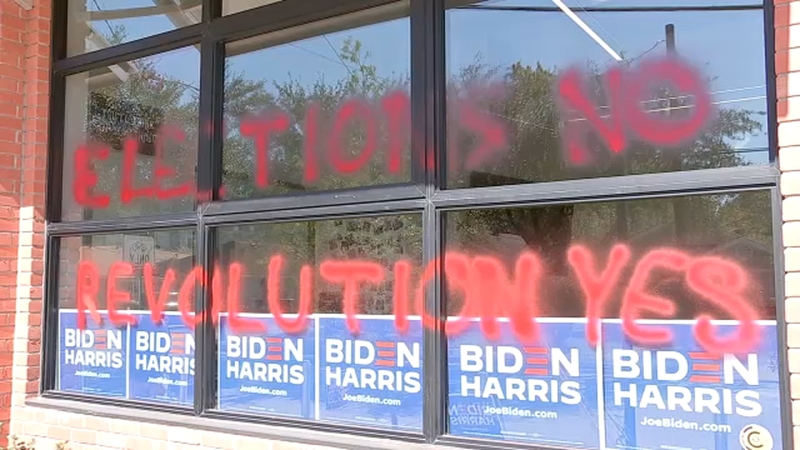 The headquarters of the Harris County Democratic Party were vandalized on Monday, the party said in a news release.

"Election No, Revolution Yes," was spray-painted onto the party's office windows along with a sickle and hammer, a symbol first used during the communist Russian Revolution. The building's locks were also filled with super glue, according to the release, preventing officials from entering the office.

"This is what happens when Republicans are losing," said Lillie Schechter, Harris County Democratic Party Chair, in a statement. "They use scare tactics and intimidation to scare voters." 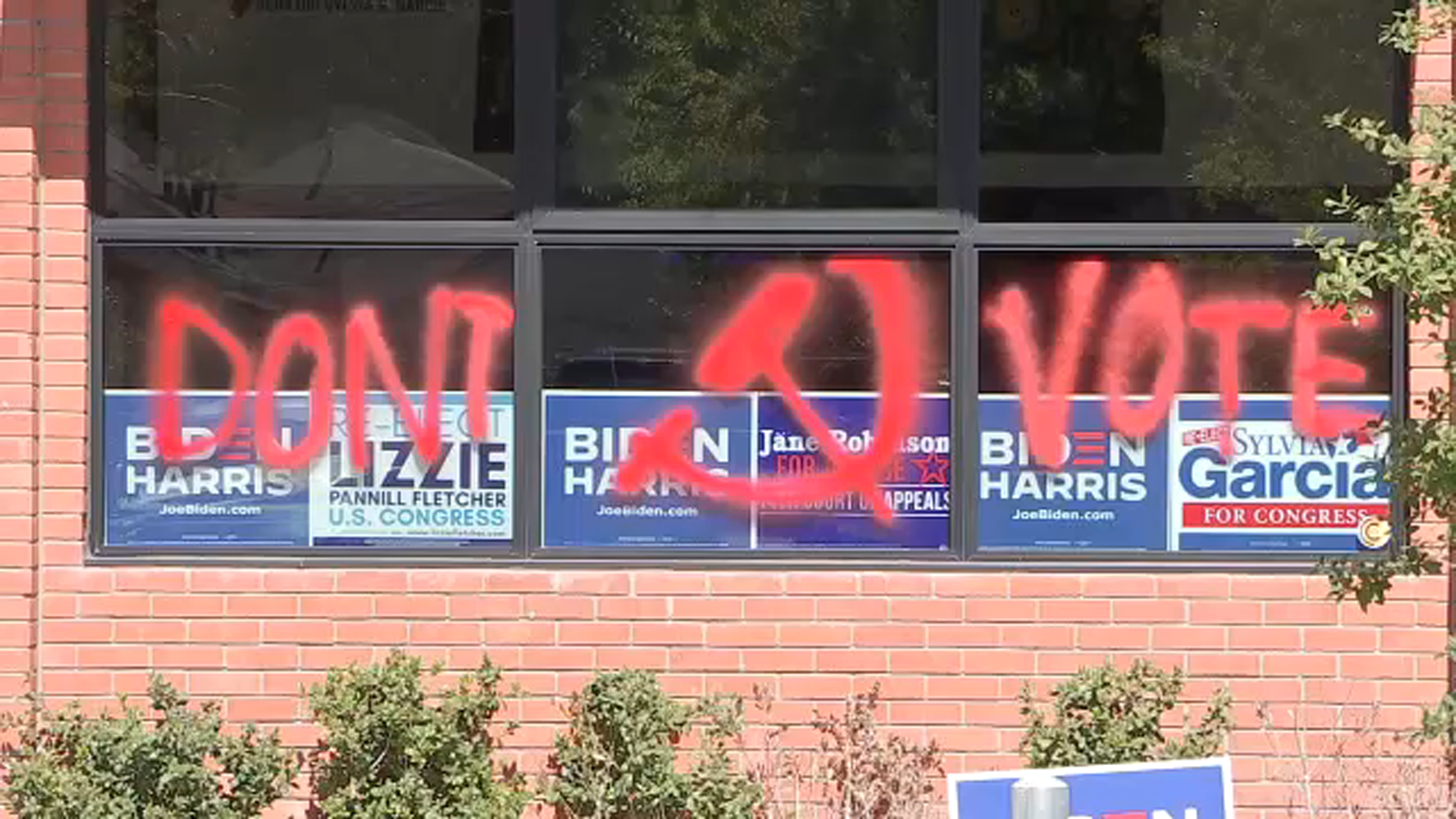 As of 5 a.m. Monday, more than 9.7 million Texans cast ballots during the early voting period that ended Friday, crushing previous early voting totals in the state and setting Texas on a course for record turnout in Tuesday's general election.

Early voting, which Gov. Greg Abbott extended by six days this year because of the coronavirus pandemic, has already eclipsed total votes during the 2016 general election, when 8,969,226 Texans voted.