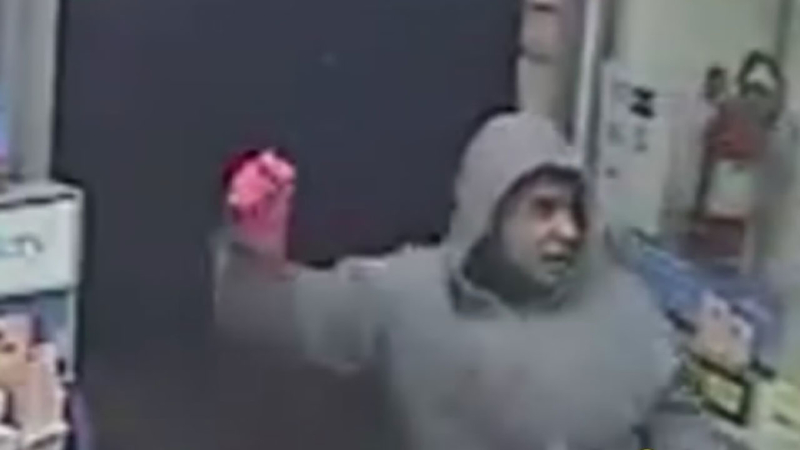 FRESNO, CA -- An unmasked robbery suspect is wanted for stealing cash and wreaking havoc in a liquor store, and thanks to a few mistakes-- police are getting a good look at his face.

"I haven't seen anything like this to be honest," said Det. Miguel Archan, Fresno Police.

Detectives say in late January the suspect went into Paradise Liquor on Blackstone and Gettysburg. With a mask, pink gloves, and armed with a hammer; he destroyed the inside of the store.

"I think he was trying to make a point for the clerk because the clerk wasn't going to get pushed around either," said Archan.

Mistake number one-- don't mess with the wrong employee. The clerk runs off camera for a bit as the suspect grabs the entire register off the counter-- and that was mistake number two.

The suspect was nearly out the door if it wasn't for the pesky wires on the register he forgot to cut.

The clerk was ready to fight and off camera he told us he was more mad than scared. And as that tethered register snapped the suspect back he lost his mask and his chance at getting away unidentified.

"He still manages to grab a couple bucks but the majority of it was just the damage that he caused," said Archan.

We don't see what happens outside but the store clerk says he and another man chase the suspect through this back field and onto Highway 41.

Because of his pink gloves police didn't get any fingerprints but they are hoping someone recognizes this unmasked bandit.