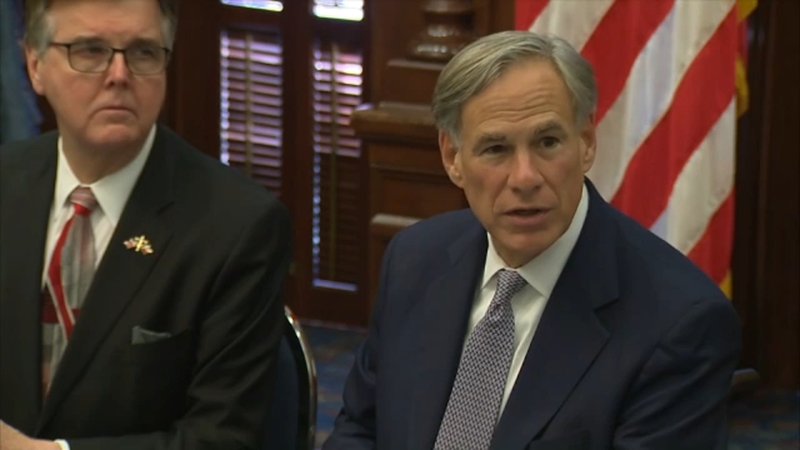 AUSTIN, Texas (KTRK) -- Governor Greg Abbott is warning all Texans to be "vigilant" regarding cyber-attacks from Iran.

While addressing the Domestic Terrorism Task Force on Tuesday, which formed after the deadly El Paso shooting last year, Abbott said there have been up to 10,000 attempted attacks per minute from Iran over the last 48 hours.

"These attacks from Iran-based entities, as well as other entities across the globe, are going to continue," said Abbott. "I think it's very important that everyone be particularly vigilant right now about what may happen out of Iran."

Abbott said due to this incident and last year's cyber-attack on dozens of local governments, he is urging Texans to practice "good cyber hygiene."

"I think everybody can be secure in their cyber space, or their use of the internet, and very simply, practice good hygiene practices."

Abbott said anyone can visit the Department of Information Resources' website for information. For cybersecurity best practices, click here.

State officials have not confirmed which state agencies were targeted by Iran.

"The Texas Department of Information Resources constantly detects and blocks malicious traffic on the networks of the multiple state agencies it services. In the past 48 hours, DIR observed an increase in network activity from outside the United States, including Iran. As global threats to cybersecurity increase, we urge Texans to be vigilant and use heightened awareness as they conduct Internet activity."

Iran struck back at the United States for the killing of a top Iranian general early Wednesday, firing a series of ballistic missiles at two Iraqi bases housing U.S. troops in a major escalation that brought the two longtime foes closer to war.

Iranian state TV said it was in revenge for the U.S. killing of Revolutionary Guard Gen. Qassem Soleimani, whose death last week in an American drone strike near Baghdad prompted angry calls to avenge his slaying.

President Donald Trump announced an assessment of causalities and damages was underway Tuesday night. He said he will be making a statement Wednesday morning.

All is well! Missiles launched from Iran at two military bases located in Iraq. Assessment of casualties & damages taking place now. So far, so good! We have the most powerful and well equipped military anywhere in the world, by far! I will be making a statement tomorrow morning.