A Dog's Tale: Playful German Shepherd makes a run for it with owner's GoPro 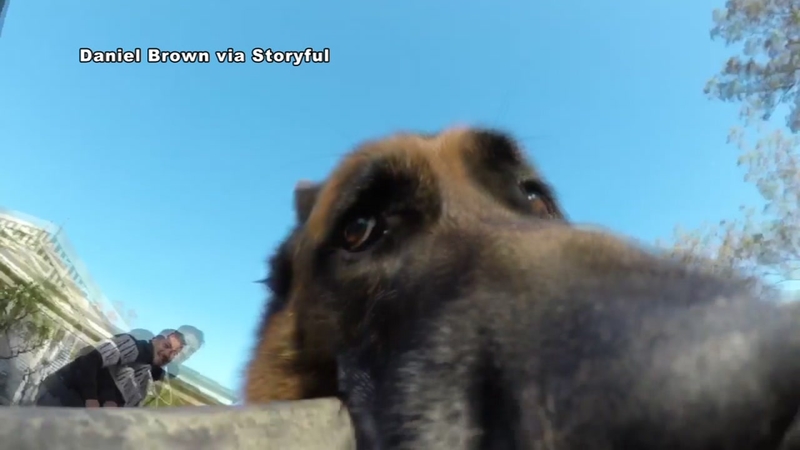 NEW SOUTH WALES, Australia (KTRK) -- He could be the Spielberg of spaniels... the Tarantino of terriers.

But in this case, it was a playful German Shepherd that decided to snatch his owner's GoPro camera and do his own "on the road" film.

Daniel Brown, a personal trainer in New South Wales, Australia, was in his backyard with his dog Koby, when his pet decided it was time for a game.

So the 5-year-old pet grabbed the camera, attached to a rod, and took off running with it in his mouth. The hilarious video was a tight shot of Koby's snout, as he ran for nearly 20 minutes with his owner in hot pursuit.

The video shows Brown trying to catch up to Koby and grab the GoPro. He would almost reach the dog, before Koby would slip through his fingers and take off again. Eventually, Brown was able to catch up with the dog and wrestled the action camera out of his jaws.