It's been a tough week or so for Houston sports fans. After losing James Harden to the Brooklyn Nets, now George Springer is leaving Houston and heading WAY north.

Springer is headed to the Blue Jays' spring training facility in Dunedin, Florida, for a physical. If all goes according to plan, Toronto will get the star it has been looking for all winter.

Springer, the sparkplug for the Houston Astros' offense in the leadoff spot for the past four seasons, was one of the most coveted free agents on the market this offseason. He hit a team-high 14 home runs this season and added another four in the postseason, as the Astros lost to the Tampa Bay Rays in the American League Championship Series.

While several of his teammates struggled offensively this past season amid fallout from the 2017 sign-stealing scandal, Springer, who earned $21 million on a one-year deal after avoiding arbitration, has continued to put up better numbers since then -- hitting .265 with 32 RBIs in 51 games in 2020 while lowering his strikeout rate to 17.1%, a career best.

He passed on a one-year, $18.9 million qualifying offer by the Astros, who will get a compensation draft pick with him signing with a new team.

Prior to the pandemic-shortened 2020 season, Springer hit 20 home runs in five of the previous six seasons. He earned three straight All-Star nods from 2017-19, and he was named 2017 World Series MVP in 2017, when the Astros beat the Los Angeles Dodgers in seven games.

Springer has been at his best during big moments, hitting 19 postseason home runs, which is tied for fourth all-time. He also ranks sixth in slugging percentage (.546), seventh in extra-base hits (34) and is tied for 14th in runs scored (43).

Since making his debut in 2014, Springer has been one of the best hitters out of the leadoff spot in all of baseball, ranking second in home runs (136), third in RBIs (352) and fourth in hits (665) and extra-base hits (254), according to ESPN Stats & Information. He also has hit a first-inning leadoff home run 39 times during his career, which ranks fourth in American League history.

Defensively, Springer continues to be very solid as the everyday center fielder at age 31 and could easily slide over to either of the corner outfield spots, if needed.

Overall, in seven seasons with the Astros, Springer has a .270 career average with 174 home runs and 458 home runs. 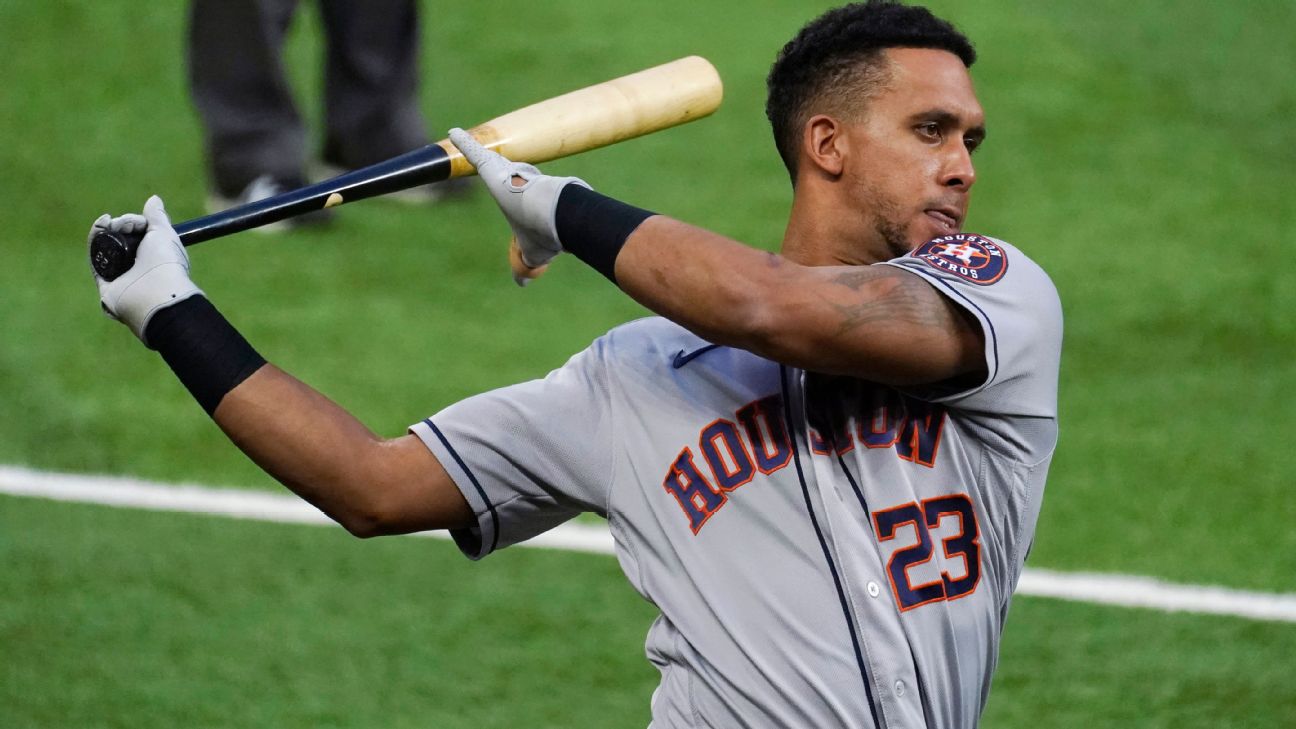 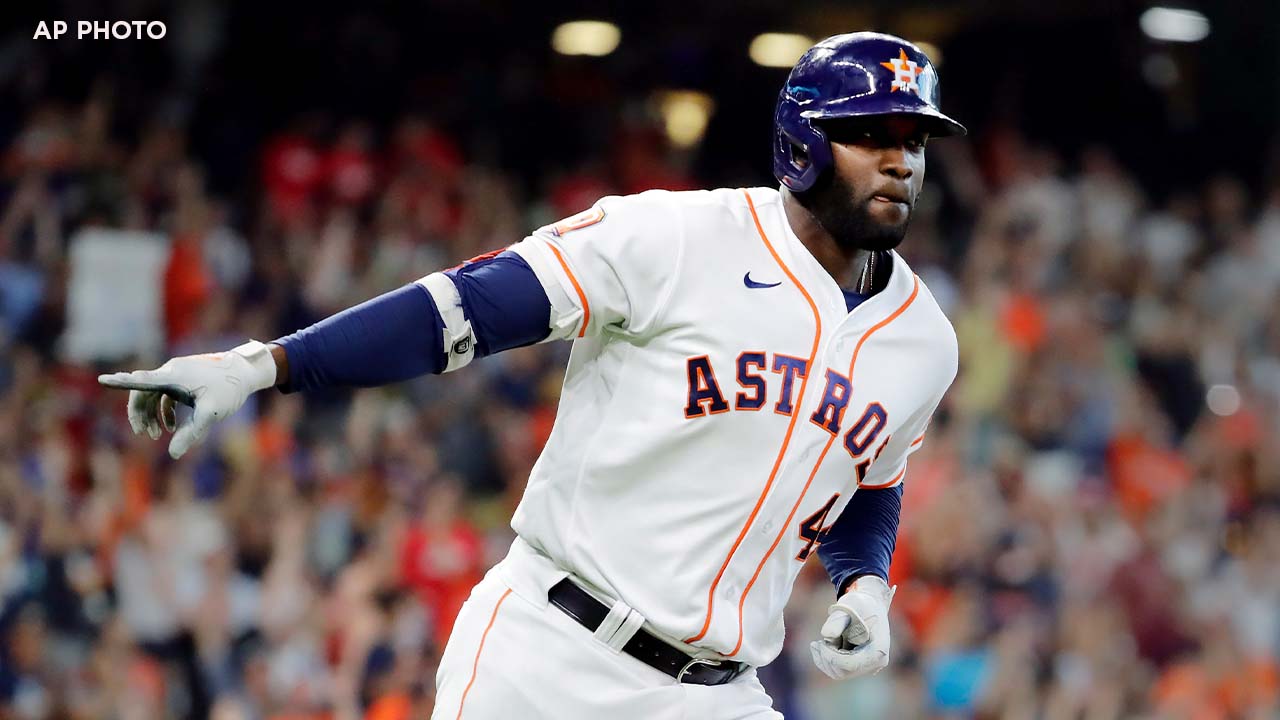 Athletics aim to break slide in game against the Astros