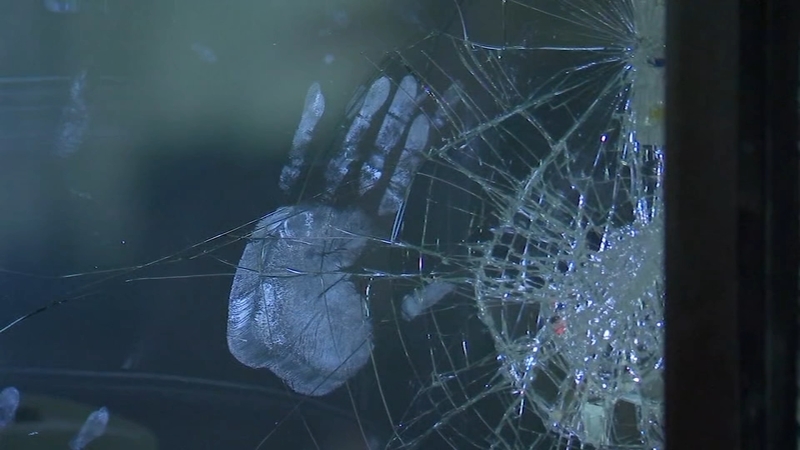 Businesses are boarding their walls after much damage ensued from protests

HOUSTON, Texas (KTRK) -- The family of George Floyd has called for calm and peace during a planned, large-scale march toward Houston City Hall tomorrow. But Monday, businesses in the area are taking precaution by boarding up windows and doors, hoping not to experience scenes similar to other major cities in recent days.

Barbara Davis has lived in downtown Houston for over a decade. She was taking her usual run down the street and saw one business after another with damage or closed doors.

"It just makes me sad to see some of my friends own these businesses, and it's just going to end up costing us more," Davis said.

Over the weekend, protests in honor of George Floyd broke out across the country. In Houston, the protests took over downtown streets. A manager at Bombay Pizza Company said at first people were marching with the protests. She said it wasn't until after the march that some people started breaking windows, including one at the pizza shop, while customers were inside.

Humberto Martinez is the owner of BurgerIM on Milam Street. One of his store front windows was also busted over the weekend. He said it costs about $2,000 to repair the one window. Martinez is one of several business owners who told ABC13 that they were closing early to clean up and take precautions ahead of more protests happening Monday and Tuesday.

"This was almost like the final nail in the coffin because we are trying to survive in these hard times," Martinez said. "We have the right to protests as American citizens as long as we do it the right way, not destroying our local businesses."

Businesses in the Galleria area reported damage to stores as well. Stores in the River Oaks district also had boards covering up the store windows. However, it wasn't immediately clear if it was due to damage or as a precautionary measure.