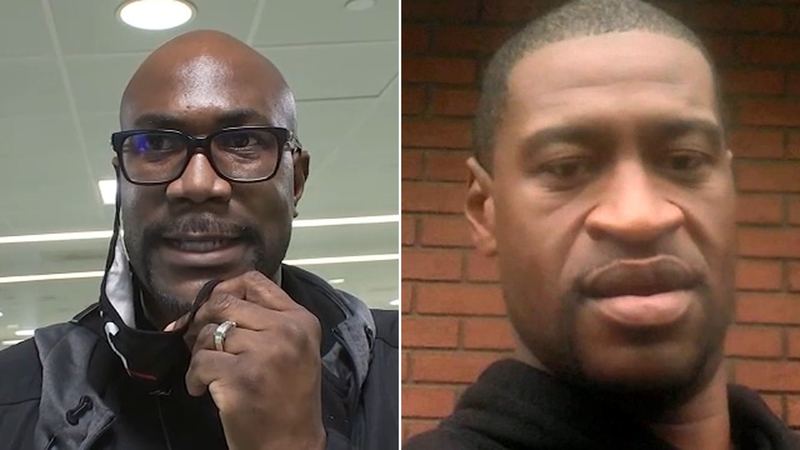 "Justice for George," he said. "To me, it means freedom for all."

It is hard to capture all that Philonise and the Floyd family has been through this past year. The death of his older brother, the international reaction, the rallies, the protests, the trial, and this week, the conviction.

Finally, at a Houston airport, he took a moment to reflect.

"This is a historic moment that people of color will remember for the rest of their lives," he said. "There's never been a case of this magnitude that people have watched on television and looked at it and hope and prayed as much as we did."

It took barely more than a day of deliberations, then just minutes for the verdicts to be read before Chauvin was handcuffed and taken to prison.

"I think accountability has been served, and I think a lot of people have been waiting for that all across America, and that's why so many people have watched this trial," he said.

Houston itself, has been transformed by Floyd's story.

There are a number of murals honoring the Houston native that line the streets of Third Ward and areas near downtown.

One of those murals, at the corner of Chartres and Bell in Houston's Graffiti Park, was vandalized on Thursday.

The mural was quickly cleaned up by the artist, and since then, support has poured in.

Texas Surveillance, a local security camera company, is now offering to donate and install a surveillance system in the Graffiti Park area to help monitor against future vandals.

"We were disturbed by it," said Texas Surveillance employee Heather Sherman. "We would love to help these artists and the community by donating a system to put up to keep this issue from occurring."

Sherman says she hopes the owner of the building will reach out to their company.