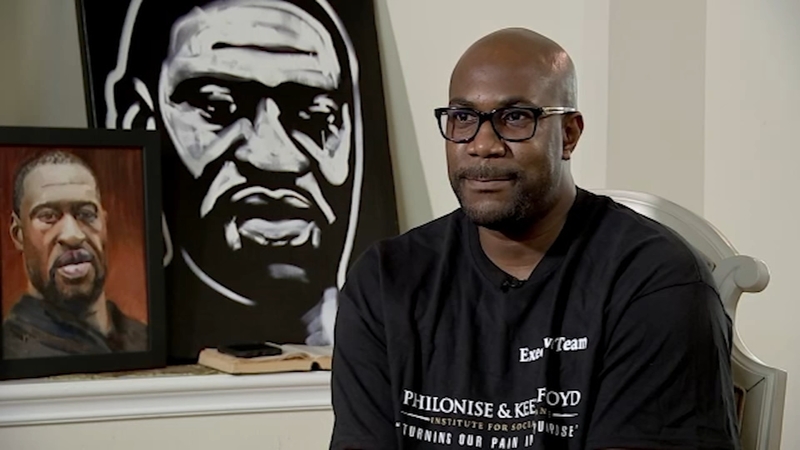 HOUSTON, Texas (KTRK) -- While the world is watching the trial of Derek Chauvin, one Houston family is hanging on every word and praying for justice.

"To everybody else, this is a case and a cause, but for me, that was my big brother."

Philonise Floyd and his wife Keeta live in Houston, but they've traveled to Minneapolis every week to be in the courthouse throughout the trial.

In an exclusive interview before leaving town, Philonise told anchor Melanie Lawson that the trial is taking its toll on their family, but he says he's confident that the jury will find Chauvin guilty.

"African Americans, we never get justice for anything," he said. "But I think this one time, I think everybody watching here in the United States, across America, they're all saying the same thing, like, justice for George means freedom for all."

Philonise Floyd, 39, shed tears as he was shown a picture of his late mother and a young George.

Philonise says there is a critical difference between Chauvin's trial for the death of his brother and other trials in which white police officers have not been convicted of killing people of color. And that's the video that runs for an excruciating nearly nine minutes and appears to show Floyd dying under Chauvin's knee.

Floyd became emotional during Wednesday's comments before the committee meeting on police brutality.