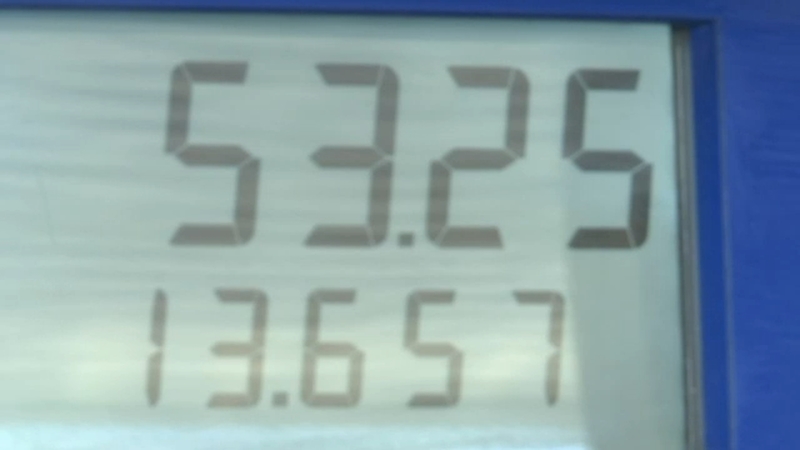 HOUSTON, Texas (KTRK) -- Many Houstonians are feeling the wrath of the war on Ukraine in their wallets when it comes to skyrocketing gas prices.

Greg Hadley says he's paying 30% more in gas now than he did two months ago.

"I don't have any other choice. I've got to pay it," says Hadley.

Ravi Wadhwa says he works from home, but he feels the gas prices when he travels across town to visit family. "If you're trying to go somewhere, for example, my parents live in Cypress, and they're 30 minutes away, that definitely takes a toll on me," says Wadhwa.

His freight shipping and trucking company hauls large freight items across Texas to as far as California.

In an effort to combat what President Biden calls "Putin's price hike," he announced a plan Thursday to release roughly 1 million barrels of oil per day from the nation's strategic petroleum reserve over the next six months.

The president says "there is no firm answer" as to when gas prices will actually go down, but says they will go down "fairly significantly."

President Biden has put the blame on Russian President Vladimir Putin's ongoing invasion of Ukraine and the lingering economic effects of COVID-19 and the pandemic as the "two roots" for the high energy costs.

Rice University Energy expert Jim Krane says this unprecedented move is only a quick fix to a more structural problem.

"I think Biden hoping that this additional oil coming on stream will push down gasoline prices ahead of the elections in November, and it probably will and should have some effect on prices. If your emergency stocks drop, you have less oil to reserve for an emergency, but also undercuts the incentive for investing in more oil production capacity, which is kind of what we need right now," Krane explained.

Krane says Biden is protecting American motorists from American foreign policy. "We're basically putting all these sanctions on the world's second-largest oil producer, Russia, and their oil shipments are declining."

Krane says consumers will see the prices drop at the pumps.

"Normal circumstances we don't get that oil from our emergency stocks. We get it from OPEC, especially from Saudi Arabia. The Saudis generally keep roughly 2 million barrels a day of spare oil production capacity ready to go in case prices get too high."