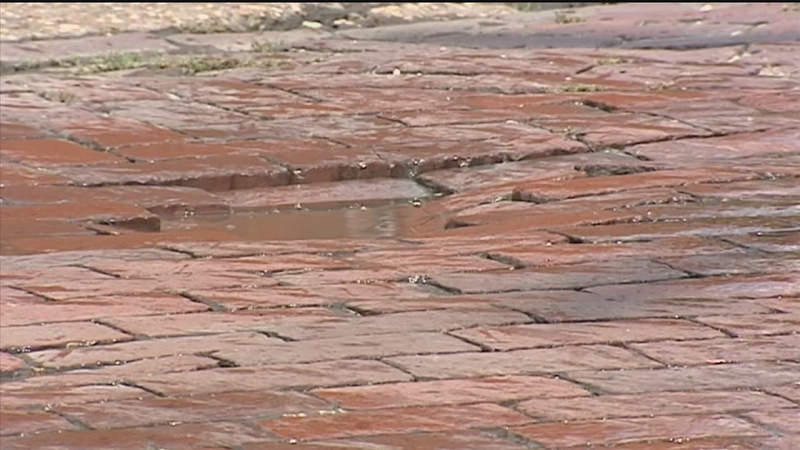 HOUSTON (KTRK) -- A quick drive down Andrews Street just outside of downtown Houston and it's obvious that the street needs work. There are pot holes, divots and gaps where bricks laid down by freed slaves once were. However, for anyone familiar with the decade-long path to get it fixed, the bumpier ride has been the one trying to balance historic preservation with a growing community's infrastructure needs.

"I think they should leave it in place because this is where the slaves laid (the bricks)," said Damian House, a young man just walking the neighborhood with some friends.

Last June, after years of debate, investigation and research, Houston City Council finally passed an ordinance to fix the streets in Freedman's Town, the historic area where freed slaves laid down bricks by hand. The ordinance passed by the city calls for the bricks to be removed, numbered and saved. Then, the streets would be opened up and repaired. Once that is completed, the bricks will be returned to their original locations.

"The streets are in rough shape today and our goal is to have it look like it did in its heyday," said Mayor Annise Parker, who supports the ordinance passed by Council.

Community activists, though, want the city to revisit that plan.

"If we place the infrastructure under the sidewalks, when the water main breaks, we have to dig up the street," says Doris Ellis Robinson, a member of the Freedman's Town Coalition. The group wants the city to repair the streets by tunneling under the adjoining sidewalks. "Dig up the sidewalks and not destroy the historic bricks."

A group of the community leaders, including State Rep. Senfronia Thompson (D-Houston) went to City Council on Tuesday. Most urged the council members to reconsider.

"I believe with all of my heart that this is a piece that all of us need to recognize and take care of," said Patricia Greer, who owns a business in the area.