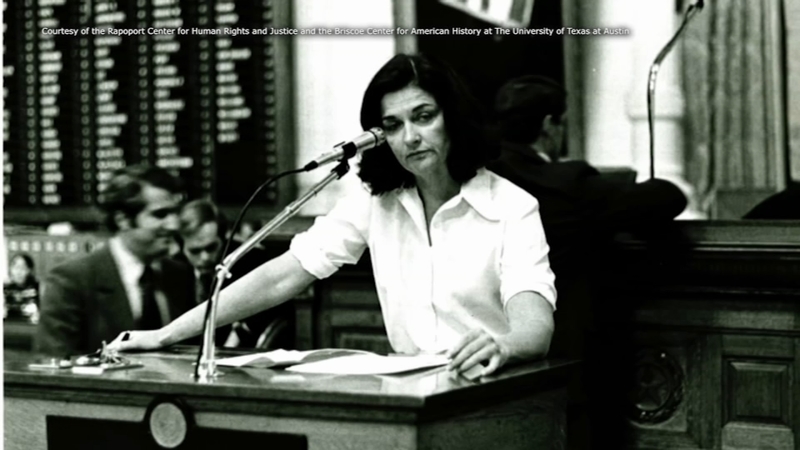 Frances "Sissy" Farenthold was a passionate advocate for civil rights and women's rights despite being born to privilege.

Farenthold died Sunday at her Houston apartment after a long struggle with Parkinson's disease, her son, George Farenthold, told The Associated Press in a telephone interview. She was six days shy of her 95th birthday, he said.

Farenthold graduated from Vassar College and UT law school, where she was one of only a few women.

She told AP in 2008 that she recalled shaking hands with a man the next day who said, "'I voted for your husband yesterday,' and I said, 'It was I.' He said, 'If I had known that, I wouldn't have.' That was a comedown!"

She was the only woman in the chamber, but attained prominence as one of the "Dirty Thirty" reform-minded House members who kept alive as a political issue the Sharpstown stock-fraud scandal of 1971-72 that implicated the state's top elected leaders, all of them conservative Democrats.

As a result, Farenthold defeated Gov. Preston Smith and Lt. Gov. Ben Barnes, both among those implicated, in the 1972 Democratic primary before losing in the runoff to Dolph Briscoe, who went on to be elected governor.

That same year, Farenthold's name was placed in nomination for vice president at the Democratic National Convention by feminist activist Gloria Steinem. She came in as George McGovern's running mate.

At nearly 95 years old, friends of Farenthold said she was still fighting for the rights of women and minorities, something they said she learned from her father.

"I don't know what his politics were, but I know that he taught her to look to other people, to look after and to pay attention to problems," said Gayle DeGuerin.

Farenthold's legendary life is preserved at UT's Rapaport Center. You can see it all by visiting their website.