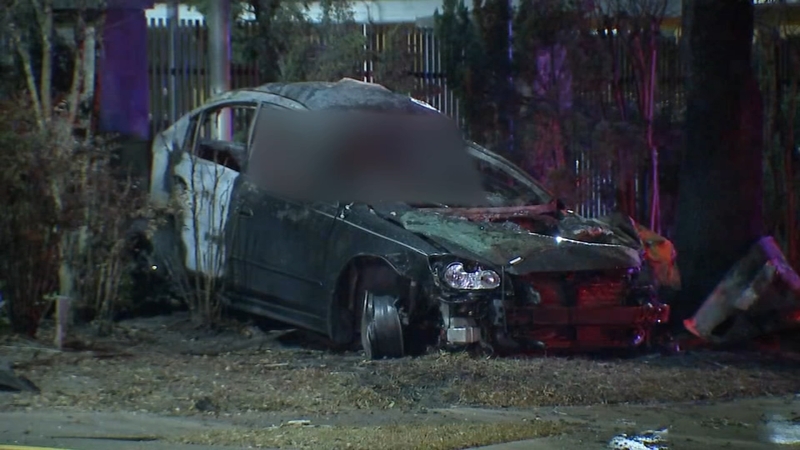 According to police, the driver of a black Nissan with three passengers inside was speeding when he side-swiped a ride-share driver who was on his way to pick riders up from the airport.

The speeding car lost control and crashed into a tree, bursting into flames.

Officials said all four people, who appear to be adults, were badly burned and died at the scene.

"Unfortunately we have four, what appears to be adults, that were involved in this crash, that were inside of this vehicle. They were severely burned. All of the deceased are still on the scene right now. No one has been transported," Lt. R. Willkens said. "We're not sure if the impact or the burning killed them, but it was a very tragic accident, very severe."

The ride-share driver was not injured, police said.