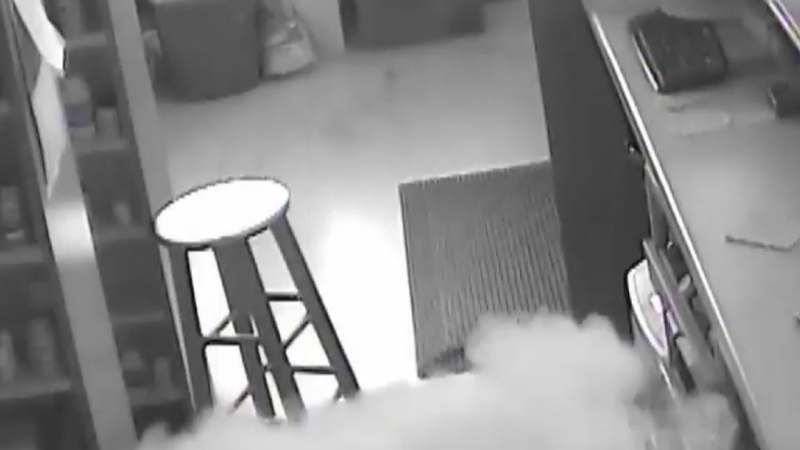 THE WOODLANDS, Texas (KTRK) -- It may sound like science fiction, but one of the latest methods gun stores are using to prevent theft are machines that spew gas from the ceiling.

Thom Bolsch, owner of Saddle River Range in The Woodlands, purchased the custom-made FastFog System from a company in Canada.

"The premise behind it, of course, if you can't see the guns, you can't steal the guns," he said.

There's been an increase in gun store burglaries and robberies in Texas and across the country. Just this week, a gun store in Alvin was burglarized. More than a dozen guns were stolen in less than a minute. That's exactly the type of scene Bolsch hopes to prevent.

"If you go and sell them on the street, you're going to be selling them to most likely a person who doesn't have the capability of buying a gun because they're a criminal," Bolsch said.

He said the last thing he wants is for one of his guns to be stolen and used in a crime. When building his range in a 2015, he installed the latest security technology including dozens of cameras along with the FlashFog system, which obscures would-be burglars' vision. It also uses strobing lights to confuse them even further.

Bolsch is a former Secret Service agent and said his law enforcement experience tells him guns will always be a target for theft.

"Nothing is 100 percent. I mean, if people wanted to bad enough and they have enough time, they can get into any place. The key is to get the odds in your favor," he said.