Autopsy: Football player shot by police had drugs in system 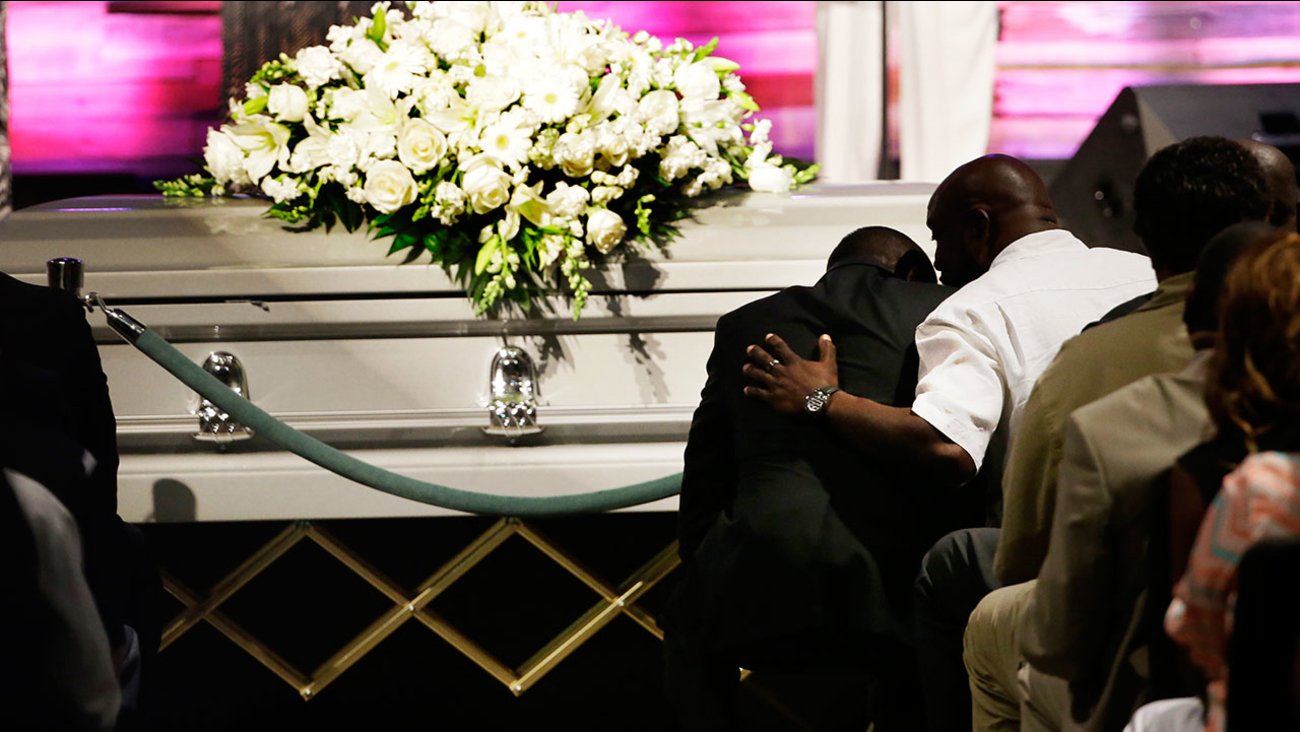 Pastor Ronnie Goines, left, leans in to listen to Adrian Taylor, father of Christian Taylor, during funeral services for Christian at the Koinonia Christian Church in Arlington. (AP Photo/LM Otero)

ARLINGTON, TX -- A black college football player killed by a police officer likely used a synthetic psychedelic drug and marijuana prior to the deadly confrontation at a Texas car dealership, according to an initial autopsy report released Wednesday.

Christian Taylor was unarmed when Arlington police officer Brad Miller shot him on Aug. 7. Miller has been fired.

The report shows there was THC, one of the active components of marijuana, and a synthetic drug that causes hallucinations in his system.

The 6-foot-tall, 19-year-old attended Angelo State University in San Angelo in West Texas, where he was to start his sophomore year on the team.

The Tarrant County district attorney has said it will bring a case against Miller, 49, to a grand jury. The district attorney did not immediately return calls on what impact the autopsy report may have on the case.

Security footage from the lot shows Taylor breaking out the windshield of a car on the lot and then driving his vehicle into the glass showroom. There is no video footage of the shooting itself.