New food and in-stadium options on tap at NRG 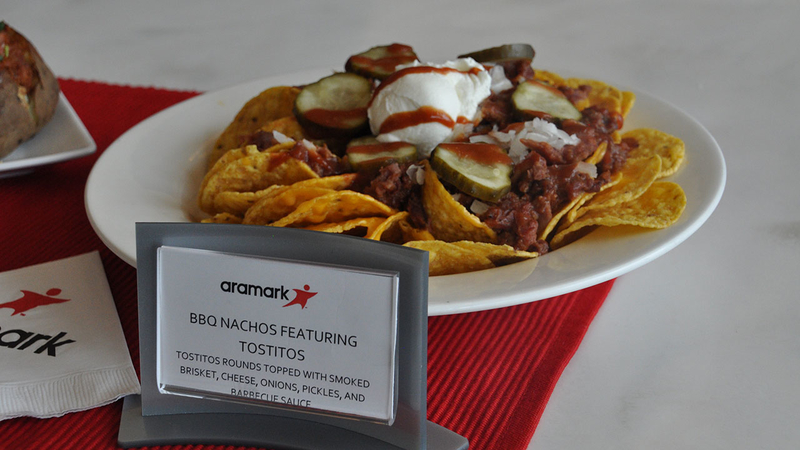 HOUSTON (KTRK) -- Are you ready for some football and food?

Before the Houston Texans hit the field Saturday at NRG Stadium, many improvements are underway to create a new fan experience. These additions include new food options and improved Wi-Fi throughout the stadium.

During the "What's New at NRG" event on Tuesday, abc13 had the opportunity (a delicious experience!) to test the new food items that will be available starting this weekend.

If you're a big Texas barbecue fan, guess what? You are in luck. Some of the new menu items at the concessions stand include a half pound brisket dog from Holmes Smokehouse. If a hot dog fails to move the taste buds, Killen's Famous in-house smoked brisket is also available to purchase. Other new items include food from: Fuddruckers, Berryhill Baja Cantina, and Genghis Grill.

Finally, for the desert lover in all of us, cookies filled with Nutella and ice cream from The Cookie and Creamery will be offered.

Live-tweeting, checking the fantasy roster and stats during the game all a part of your Sunday repertoire? Texans officials say the new stadium Wi-Fi will soon become your best friend. According to stadium facts, the new Wi-Fi system can handle 48,500 simultaneous users. Using the Houston Texans app while connected to the stadium Wi-Fi network will allow you to listen to the radio broadcast, watch post game press conferences live and access NFL RedZone.

Located on levels one, three and five will be portable power stations for fans to charge their phones while watching the action on the gridiron. Rentals for the portable Go Pack are free on game days and a charge is only incurred if the user decides to keep it beyond the first day.