Doctors urge holdouts to receive flu vaccines for sake of others 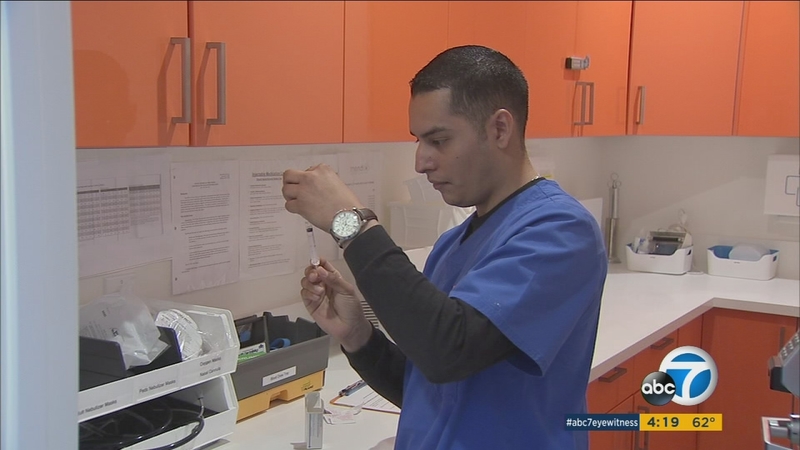 Doctors urge holdouts to receive flu vaccines for sake of others

SHERMAN OAKS, LOS ANGELES -- A new government report found a majority of Americans have not gotten the flu vaccine. Doctors say many still have a shot at beating the flu before it peaks.

As many millennials, Tyler Anderson thought he was invincible and did not need a flu shot.

"I've never been a person that's been sick. I've always been pretty healthy, so I feel like if it's not broke don't fix it," said Anderson.

A recent survey found 52 percent of millennials do not plan on getting the vaccine.

"They can carry mild disease with influenza and spread it throughout their entire community," Anthony Cardillo, owner of Mend Urgent Care and ER doctor at Glendale Adventist Medical Center, said.

Millennials are not the only ones who have avoided the vaccine as only two in five Americans received a flu shot.

Last season alone, the Center for Disease Control reported the flu vaccine prevented 5 million illnesses and 71,000 hospitalizations. Doctors said those numbers could have been better if more people received the shot.

"The less vaccines that we are giving -- that means the more influenza illness we have in the community -- the more people are sick," said Cardillo.

Receiving a flu shot in the next two weeks will provide peak protection as the height of flu season hits in mid-January, according to Cardillo.

"Go to your doctor locally, or local urgent care, and get your flu vaccine immediately," Cardillo urged.

Officials said the H3N2 strain seemed to be the most predominant, which often signals a more severe season. The CDC reported viruses in this season's vaccine appear to be a match.

The more people who receive the shot also means the less likely the viruses will spread throughout the population.

"Very true. I never thought about it like that," Anderson said before receiving a flu shot.