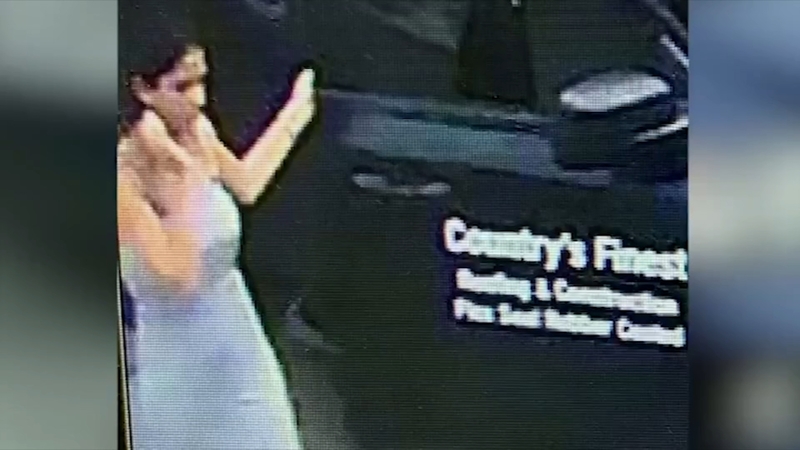 WALLIS, Texas (KTRK) -- Wallis Police are looking for two people who they believe are scamming the elderly by over-charging for the use of the product Flex Seal on their roof.

Last week, the department shared suspect photos and a story about how someone was scammed. The post generated others to come forward.

Officers now believe thieves are taking advantage of the elderly by selling them a roofing repair job with the product Flex Seal and forcing them to pay hundreds of dollars more than the agreed-upon offer.

It's a situation Michael Malek of Wharton County knows too well.

"He was good," Malek recalled. "He knew what he was doing. He practiced it a long time."

Malek is referring to the man who left the black substance dripping down his walls.

"He drove up and he told me he was spraying Flex Seal," Malek said.

The price tag sounded too good to be true. "He said, I'll charge you $49 a bucket," Malek recalled.

Malek said he was told it would be three buckets, or about $150. Instead, he couldn't believe it when the man told him the bill.

"I wanted to fall out of my chair for paying $750 for three gallons in which it didn't even take three gallons," Malek said.

Malek wrote a check. His wife cancelled it after hearing what happened.

He didn't contact the police. Malek wished he had because he couldn't believe it when he heard what happened in Wallis.

"I read it and I said, 'Man, these people,'" Malek said. "They need to catch these guys because this is a bad deal."

Last week, Wallis Police Chief David Moseley said a man and woman scammed an 83-year-old man out of $800 with the Flex Seal product. Police are unsure if the Wharton, and Wallis case are connected, but there are similarities.

"They told him $49 dollars," Moseley said. "After the building was done, or completed, they said this subject owed them $800."

The elderly man drove the female suspect to this bank. As he withdrew cash, officers say she stole a credit card.

"You've got somebody on social security, and more than likely doesn't have a whole lot of funds available, and he trusted these people and they deceived him," Moseley said.

"Any legitimate business is going to provide a contract to any work that they do," Moseley explained.

Malek said he didn't do either of those things. Now, he's hoping police make an arrest so others won't feel frustrated when they look at their roofs.

"Anybody listening, you better do some checking before you do the doing," Malek said.

If you have any information about the Wallis suspects, you can call Austin County Crime Stoppers at 979-865-2949.

Follow Nick Natario on Facebook and Twitter.
Report a correction or typo
Related topics:
walliswhartonhoustonelderlyscam
Copyright © 2022 KTRK-TV. All Rights Reserved.
TOP STORIES
Judge: COVID asylum restrictions must continue on border
IRS conducting criminal investigation in Uptown Houston
Woman stabbed to death allegedly by husband was a Katy ISD employee
Northbound I-45 blocked before FM-518 in League City
Here's how many inches of rain you could get over the next 7 days
Investigations resume for parents of trans children, lawyers confirm
Houston gets highlighted as stop in the GMA 'Rise and Shine' tour
Show More
Wanted suspect shot and killed by Pasadena police during foot chase
Police arrest man charged in robbery and kidnapping caught on video
United cancels couple's flight, charges $4K more for same seats
Trump pays $110K fine, but must submit paperwork to end contempt
From Disney+ to Hulu and ABC13, here's what to binge
More TOP STORIES News