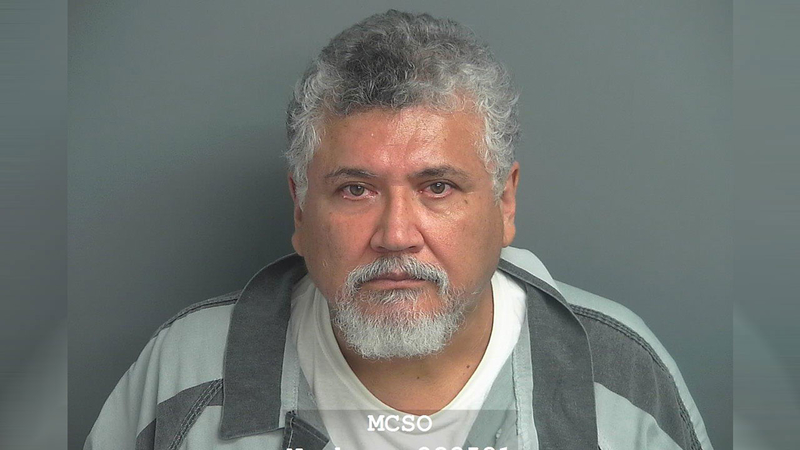 Richmond priest charged with indecency with a child

La Rosa-Lopez is charged with four counts of indecency with a child. He turned himself in to authorities at the Montgomery County Jail on Tuesday.

La Rosa-Lopez currently is assigned to a church in Richmond.

According to court documents, the two alleged victims are not linked, but each came forward recently after seeing news coverage of sex abuse by priests.


One of the alleged victims says La Rosa-Lopez began touching him and making intimate gestures in 1999, when he was under the age of 17. He says on one occasion, La Rosa-Lopez took him into his living quarters at the church and showed him photos of partially naked men from his seminary. The victim says La Rosa-Lopez fondled him and wouldn't let him leave the room until a relative arrived to pick him

The victim told authorities that when he contacted church leaders, he was put in touch with Sister Maureen O'Connell, who was the Galveston/Houston Archdiocese Victims Assistance Coordinator, and Cardinal Daniel DiNardo. He says he was offered psychological counseling services and was told reports were filed with Conroe police and Child Protective Services. According to court documents, a police investigator searched for those records but did not find any such reporting.

The victim says after a rehearsal for the Passion of the Christ play, La Rosa-Lopez reached under her clothes and fondled her while they were alone in the church kitchen.

The woman says her father reported the accusations to the church, resulting in visits from religious leaders, including then-Bishop Joseph Fiorenza. She says the result of the meetings was that La Rosa-Lopez was transferred from Sacred Heart, and her father told her never to speak of it again.

In 2010, according to court documents, the woman learned that La Rosa-Lopez had been promoted to a church in Richmond, Texas. She then followed up with the Catholic church, and during an interview with Cardinal DiNardo and Sister Maureen O'Connell, she says she was told that La Rosa-Lopez had been sent to a mental institution and was placed in an administration position without contact with children or teenagers.

ABC13 Eyewitness News reached out to the Galveston/Houston Archdiocese for comment. They provided the following statement:

Stay with ABC13 Eyewitness News for more on this developing story.