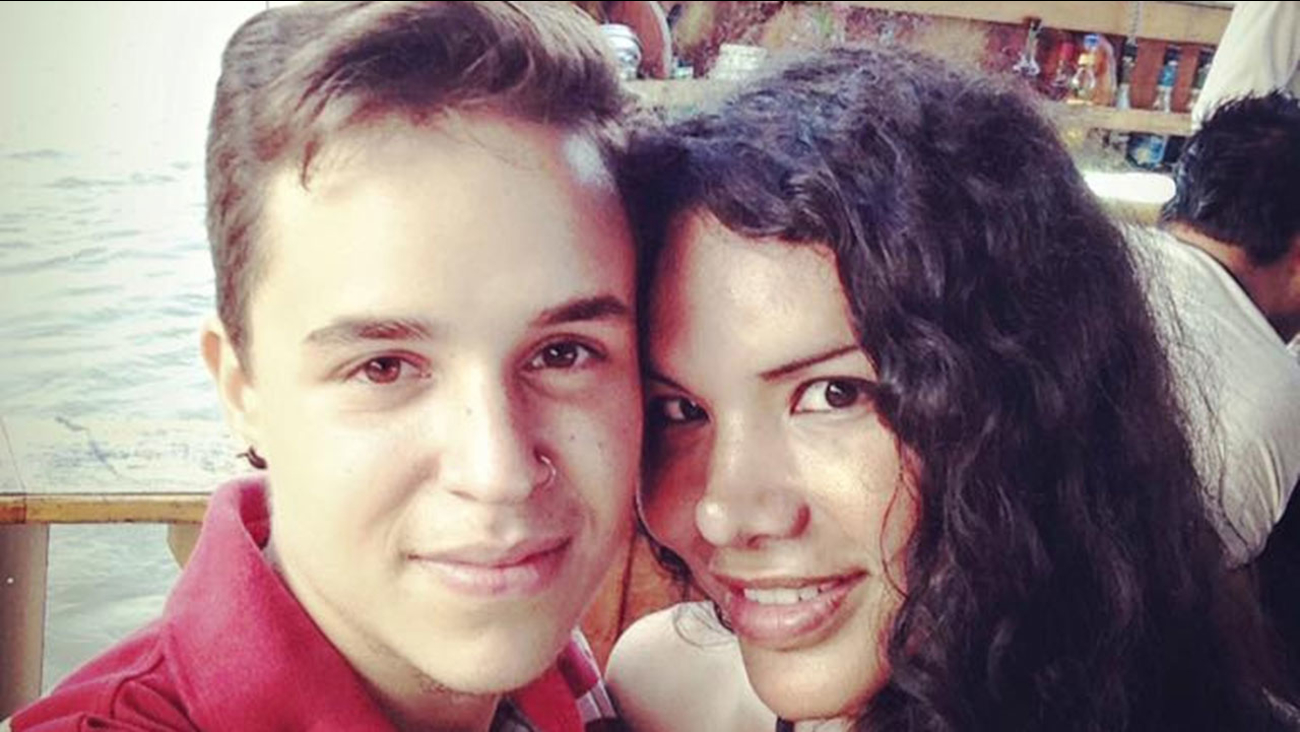 BOGOTA, Colombia -- A couple in Ecuador is making history with a unique pregnancy: The father-to-be is carrying the baby of his transgender partner.

Fernando Machado and Diane Rodriguez announced their pregnancy, believed to be the first of its kind in South America, on social media earlier this month and it's received widespread attention in a continent that has seen a sudden explosion in the rights and visibility of trans people.

Rodriguez, who was born Luis, is one of Ecuador's most-prominent LGBT activists and says she and her Venezuelan-born partner, whose birth name was Maria, decided to publicize the pregnancy to help change attitudes in the staunchly Roman Catholic society. Although both take hormones, neither has undergone gender-reassignment surgery, so the child-to-be was conceived the old-fashioned way with no known medical complications to date.

"We're trying to break the myths about transsexuality," Rodriguez told The Associated Press.

So far, church leaders have remained silent, something that Rodriguez says both surprises and pleases here.

"The church is always criticizing gays and homosexuals for adopting children, so it would be a contradiction to criticize us for giving birth naturally," she said from her home in Guayaquil.

The trans community has made major advances across South America. About six months ago, Colombian President Juan Manuel Santos issued a decree allowing individuals to change their gender on the national ID cards with little more than a trip to a public notary. To date, at least 340 people have made the switch.

However, trans people still face widespread discrimination in the region. Between 2008 and 2011, 79 percent of the murders of transgender people reported throughout the world took place in Latin America, with a total of 664 cases, according to a study by the International AIDS Alliance.
Related topics:
family & parentingtransgenderpregnancyu.s. & world
Copyright © 2021 by The Associated Press. All Rights Reserved.
More Videos
From CNN Newsource affiliates
TOP STORIES