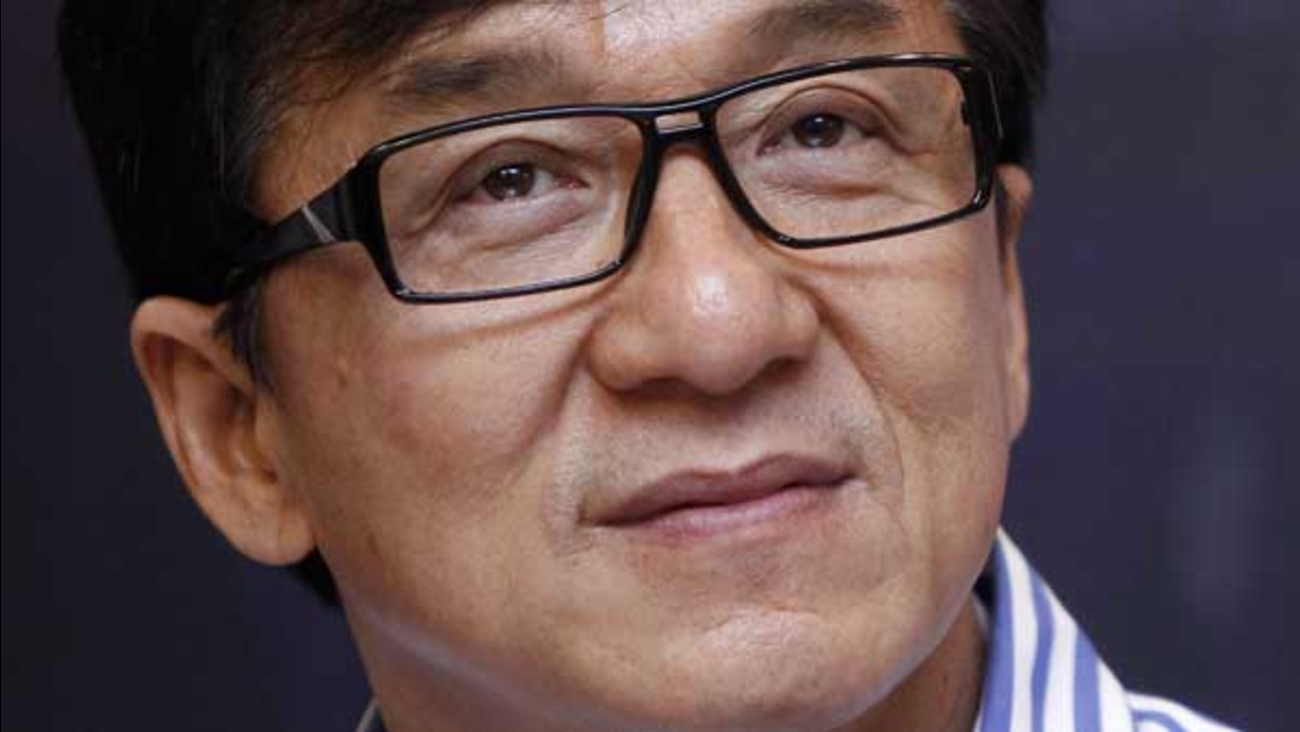 BEIJING -- Action star Jackie Chan says he wants to work with his son Jaycee on a movie and an album as they mend their relationship after Jaycee was imprisoned on a drug charge.

Jaycee Chan was released from a 6-month prison sentence in February after pleading guilty to allowing others to use marijuana at his Beijing apartment.

Jackie Chan, 61, said late Monday that prison was good for his son because it made him mature and that their relationship has changed for the better.

Before, "I was too Chinese, traditional - you, son, go away, I don't want to help you, you have to help yourself," Chan said in an interview in Beijing. When filming the remake of "The Karate Kid" alongside Will Smith's teenage son Jaden Smith, Chan said he was struck seeing Will "helping his son to be in a movie, every day on the set."

"I say why am I so stubborn? I have to help my son," Chan told The Associated Press.

The Hong Kong actor said he was looking for suitable movie projects for Jaycee, 32, and in the meantime his son would produce one of his records, expected out at the end of the year. He also said he hoped Jaycee would sing a duet with him on one of the tracks.

"Probably there is one song that we will sing to each other," said Chan, adding that in it he would apologize for ignoring Jaycee when he was young. "I say 'sorry, I was busy at that time.'"

Chan said he wasn't sure his actor-singer son would go for it, and that he might have to find somebody to sing it for him.

He said Jaycee wrote songs and scripts and read a lot of books in prison, and joked that a bit of prison time might be good for a lot of people.

"So many rich people, like some of my friends, they take 10 days or a month to the mountain to purify," Chan said, adding that his busy schedule doesn't allow him to relax for 10 days.

"I think sometimes I should set up the jail holiday, force some rich people, even myself, to go to jail," he said. "These days all the people need to do this because they're so busy."

After the detention of Jaycee Chan and other actors on drugs charges, Chinese authorities said they would ban celebrities linked to drugs from appearing in movies and TV shows in China. However, the younger Chan still appeared in a small role in Chen Kaige's recent "Monk comes down a Mountain," which had already finished filming when Chan was detained.

Jackie Chan's latest film, "Dragon Blade," is a $65 million action movie set 2,000 years ago featuring Roman soldiers and a Chinese force that protects the Silk Road. It was a big success in China, pulling in more than $115 million earlier this year, and debuts in the United States on Sept. 4.

Chan plays a squad commander who strikes up a friendship with Roman general Lucius, played by John Cusack, who has fled his homeland because of ruthless ruler Tiberius, portrayed by Adrien Brody.

Chan, who choreographed the fight scenes, said Cusack knew how to free fight but not how to use a sword. "He cut me so many times in the finger, again and again, and Adrien Brody same thing, but I had to pretend nothing happened, OK, continue."

Chan's movies in the pipeline include a China-Bollywood action comedy called "Kung Fu Yoga," a World War II drama titled "Railroad Tigers," and "The Karate Kid 2." The "Karate Kid" script is still being written as Will Smith isn't comfortable with it, Chan said.

"I said 'hurry up or otherwise Jaden will be taller than me,'" Chan said.