AP
LOGAN, Utah -- A body believed to be a missing 5-year-old Utah girl was found Wednesday less than a block from her home, bringing a wide-ranging search to a grim close five days after the child was taken from her home and killed by her uncle, police said.

The body believed to be Elizabeth "Lizzy" Shelley was found hidden under trees and brush after 21-year-old Alex Whipple told his lawyer where he had hidden her, Logan Police Chief Gary Jensen said.

Police have discovered the blood of missing Utah girl Elizabeth "Lizzy" Shelley on the watch and sweatshirt of her uncle, 21-year-old Alex Whipple. Logan Police gave an update on Wednesday.

The discovery came hours after Whipple was charged with murder and other counts. He provided the map in exchange for prosecutors taking the death penalty off the table, Jensen said.

Jensen said the discovery was disappointing but "nevertheless is closure and helps us be able to now deal with the investigation and help the family through their grief."

In a statement read by a victim's advocate, the girl's mother Jessica Whipple said: "There are not words to express the sadness and heartbreak we feel today. This did not end the way we wanted to do but in the sadness we are comforted by the effort people put in to find Lizzy. We would never have expected this outpouring of love and support. It was beautiful."

The body was found after officers spent days combing the city set in a picturesque valley near the Idaho border about 80 miles (129 kilometers) north of Salt Lake City.

Crews previously searched the area where the body was buried but didn't find her, Jensen said.

"He wanted at least the family to know ... she had passed away so that they could get some kind of closure," Demler said.

Whipple hadn't previously acknowledged involvement in his niece's disappearance, but did tell police alcohol makes him "black out" and sometimes do "criminal things," prosecutors said.

He alluded frequently to "how evil the world we live in is," as he talked about his struggles as a child, according to court documents.

Whipple was charged with aggravated murder, child kidnapping, obstruction of justice and desecration of a human body, a charge that relates to steps taken to hide the body, Jensen said.

The child's blood was found on Whipple's watch and sweatshirt, authorities said, and his handprint was discovered on the PVC pipe. Nearby was a broken knife taken from the family's kitchen bearing the blood of the girl.

A teal skirt with lace that she was last seen wearing was found "hastily buried" near the pipe and knife, the charges state.

The search for Lizzy began Saturday morning, when her frantic mother reported the girl's bed was empty and the front door was wide open. Also missing was Alex Whipple, who had slept on the couch after a night of drinking with his sister and her boyfriend.

Jessica Whipple didn't see her younger brother often but decided to help him when he asked her to pick him up, said Bill Whipple, their grandfather.

He said Alex Whipple had a difficult childhood but had never showed violent tendencies.

"I would never, ever in a million years have thought he was capable of harming such a cute little girl," Bill Whipple said. "I knew he was a thief, but I never labeled him as a murderer."

Alex Whipple's mother left the family when he was young, leaving his father to raise three children alone while he worked as a truck driver. The young man spent time in foster homes and didn't graduate from high school.

Police found him Saturday afternoon about 10 miles (16 kilometers) from the family home.

He had a pipe used for narcotics, a beer and a baseball bat, though it's not thought to have been a weapon used on the girl, according to charging documents.

He had blood-colored stains on his pants and "filthy" hands that he attempted to lick clean, police said. After first denying he'd been at his sister's house, he later said he left in the early morning for a walk alone.

Whipple has a criminal record that includes a 2016 assault, possession of a stolen vehicle and drug-related charges.

He had been on probation and making progress but began missing appointments at the beginning of the year and dropped out of touch in April, a probation agent said in court documents. 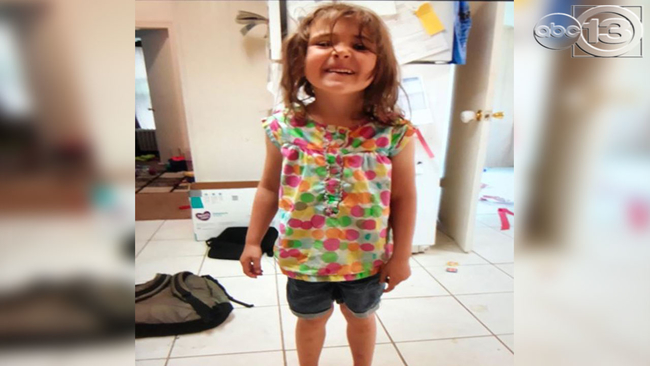