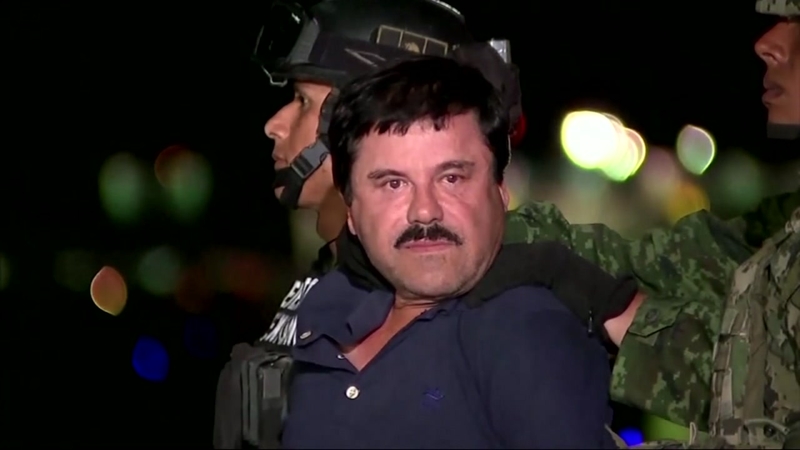 Text messages exchanged between notorious Mexican drug lord Joaquin "El Chapo" Guzman and his wife while he was on the run in 2012 surfaced Wednesday at his U.S. trial, evidence the FBI says it uncovered with the help of a cyber tech for the cartel who flipped on the kingpin.

The tech, Christian Rodriguez, also testified how Guzman was obsessed with spyware he had Rodriguez install on mobile phones he passed out to members of his inner circle, including love interests, to keep an eye on them. The software churned out reports on phone activity that are now being turned against the defendant.


Preserved on the reports were text messages between Guzman and his wife, Emma Coronel Aispuro, in which they fussed over their twin daughters, touched on logistics for drug smuggling and shared encouragement as he led a raid by Mexican authorities on a mansion in the resort town of Cabo San Lucas, Baja. On the day of the raid, Guzman told his wife about the escape in several messages shown to jurors at the trial in federal court in Brooklyn.

"It all happened very fast," Guzman wrote, according to government translations. "I saw them pounding on the door next door, but was able to jump out."

Guzman said in the messages that he needed a new set of clothes, shampoo and some black dye for his mustache.

In an earlier exchange, Guzman described one of his daughters as "fearless," adding, "I'm going to give her an AK-47 so she can hang with me."

It was the second day in a row that prosecutors unveiled intercepted communications they say conclusively link Guzman to a vast drug conspiracy, in his own words. On Tuesday, jurors heard recordings of phone calls where the defendants could be heard giving orders to cartel workers.

The FBI has credited Rodriguez, a 32-year-old college dropout from Colombia, with helping extract the recordings and texts from an encrypted communications system that Guzman had hired him to set up in 2008 for the Sinaloa cartel to thwart law enforcement.

Rodriguez described being summoned to Guzman's mountaintop hideout in 2008 to create the system. He said Guzman's interest quickly turned to the spy software, which he had installed on 50 phones and on the computer of a woman who was staying with him.

"He called me all the time to ask me things regarding spy software," he said, adding that Guzman especially liked a feature that allowed him to remotely turn on the microphones of the devices so he could eavesdrop on users.

In 2012, the FBI approached Rodriguez and convinced him to cooperate. It since has paid him $460,000 in service fees and expenses, and relocated him to the U.S. for his safety.

Guzman was a feared and admired crime boss in Mexico who was perhaps best known for escaping jail twice. He was recaptured and sent to the U.S. in 2017, where his lawyers say he's being framed by cooperators who were once part of his cocaine-smuggling empire.

The new evidence on Tuesday put Guzman's personal life on display in sometimes awkward ways. Sweet talk with his wife where they refer to each other as "Mommy" and "Daddy" was juxtaposed with communications indicating he had paid for liposuction for a cartel operative-turned-mistress arrested in the raid at the Baja home where records of the procedure were found.

Guzman's wife was in the courtroom Wednesday, but had no visible reaction to portions of the messages as they were displayed on a large video screen and read aloud by an FBI agent.

WATCH OTHER STORIES ABOUT EL CHAPO: