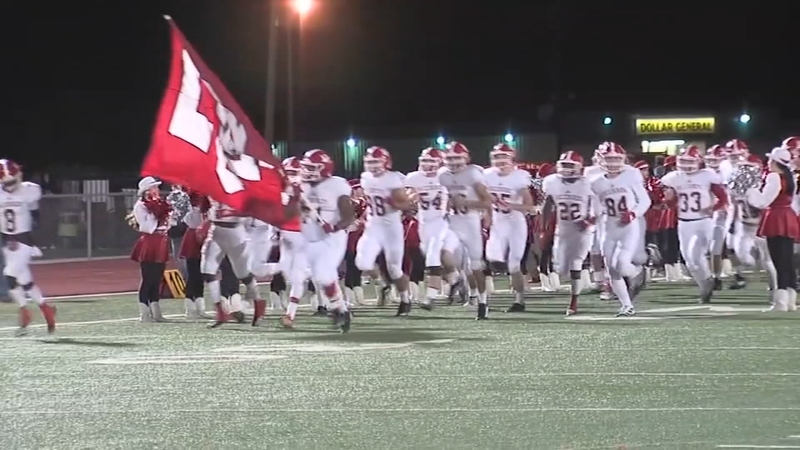 EL CAMPO, Texas (KTRK) -- Nestled about 75 miles southwest of Houston is a town known for its rice production and close-knit feel.

El Campo may be small, but when the Friday night lights come on, all eyes are on the class 4A Ricebirds. The first week of the football season, the varsity boys weren't on the field during the anthem, per district 12-4A guidance surrounding COVID-19.

The second week against Calhoun High School, there was a timing issue with the anthem starting a little early, and the team didn't make it onto the field in time.

For some, the damage was done.

"The whole town of El Campo had something to say about our football players and it wasn't very nice," Toretta Cunningham said.

Some around town assumed the boys were demonstrating similar to what we've seen in the NFL and other leagues. Cunningham, whose son is on the team, said the few Black players have considered kneeling for Friday's homecoming game against Wharton, but they are feeling the heat.

But not everyone supports that.

"This whole business of putting politics into sports, I think is a crock," resident Richard Raun.

El Campo I.S.D. Superintendent Bob Callaghan said the team will be on the field for homecoming saying, "We respect and support everyone's individual rights. I am unaware and will not condone any football, school, or school district consequences for a student practicing their 1st amendment rights. We appreciate the passion our community has for these issues and we look forward to our continued strong and positive relationship providing a quality education for our students."

We got a glimpse of the guys practicing on Thursday, and we can tell their mind is on football. Cunningham said for some, their mind is also on the injustices they see against Black people in America and police brutality.

"Right is right, wrong is wrong. Let the boys play. Leave them alone. Whatever they do, that's their freedom of speech. First amendment right," she said.