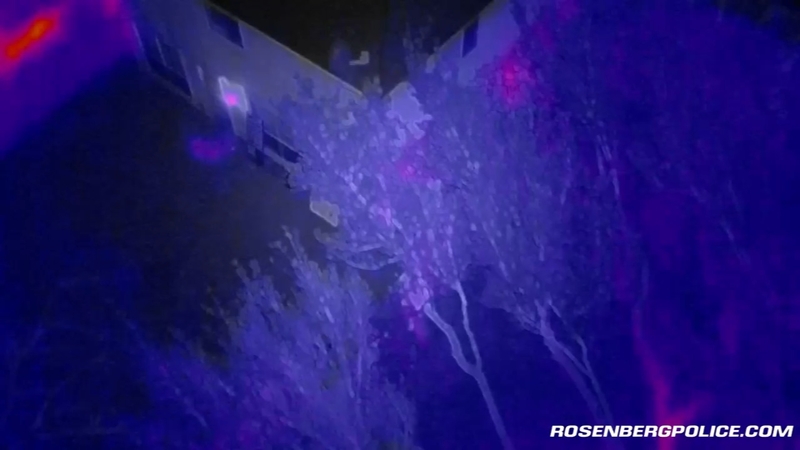 ROSENBERG, Texas (KTRK) -- Police used a heat-seeking drone to discover two suspects who were hiding from police in a Rosenberg neighborhood.

Rosenberg police say an officer stopped a stolen car and arrested one suspect, but two suspects fled the scene into a nearby neighborhood in the dark of night.

Police used a thermal drone which detected the heat signatures of the suspects hiding in a backyard patio.