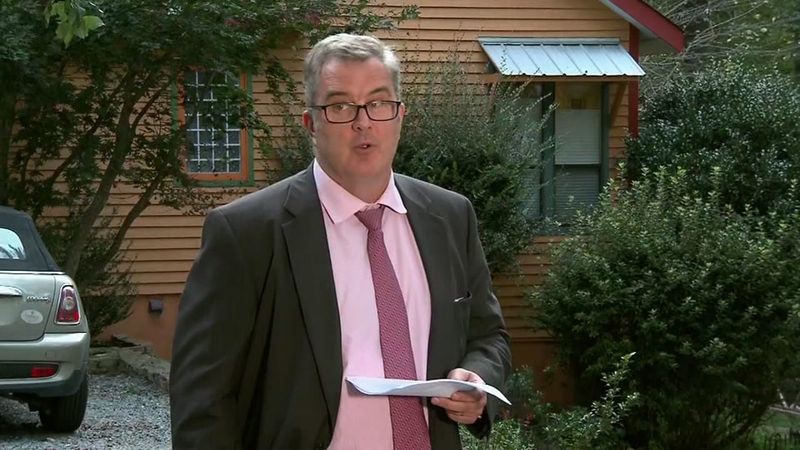 RALEIGH, North Carolina -- A former Yale University classmate of Brett Kavanaugh's said he is "deeply troubled" by what he claims has been a blatant mischaracterization by Kavanaugh of his drinking at Yale.

Charles "Chad" Ludington now teaches at North Carolina State University. After first releasing a statement Sunday, describing Kavanaugh as "a frequent drinker, and a heavy drinker," Ludington spoke to reporters outside his home in Carrboro on Monday evening.

"I don't believe that heavy drinking, or even loutish behavior, of an 18 or even 21-year-old should condemn a person for the rest of his life," he said, reading a statement from a piece of paper. "I would be a hypocrite to think so. However, I have direct repeated knowledge about Brett's drinking and his disposition while drunk. And I do believe Brett's actions as a 53-year-old federal judge matter."

He continued: "If he lied about his past actions on national television and, more especially, while speaking under oath, in front of the United States Senate, I believe those lies should have consequences. It is the truth that is at stake and I believe that the ability to speak the truth, even when it does not reflect well upon oneself, is a paramount quality we seek in our nation's most powerful judges."

"I can unequivocally say that in denying the possibility that he ever blacked out from drinking, and in downplaying the degree and frequency of his drinking, Brett has not told the truth," Ludington said.
He ended his statement by saying that he has no desire to speak further on the matter publicly.

While answering follow-up questions from reporters, Ludington said, "there were certainly many times when (Kavanaugh) could not remember what was going on."

Ludington said he plans to speak to the FBI, which, at the direction of President Donald Trump, has reopened its background investigation of Kavanaugh in light of allegations of sexual misconduct brought against the Supreme Court nominee.