Bahamians in Houston anxious for loved ones in Dorian's wake 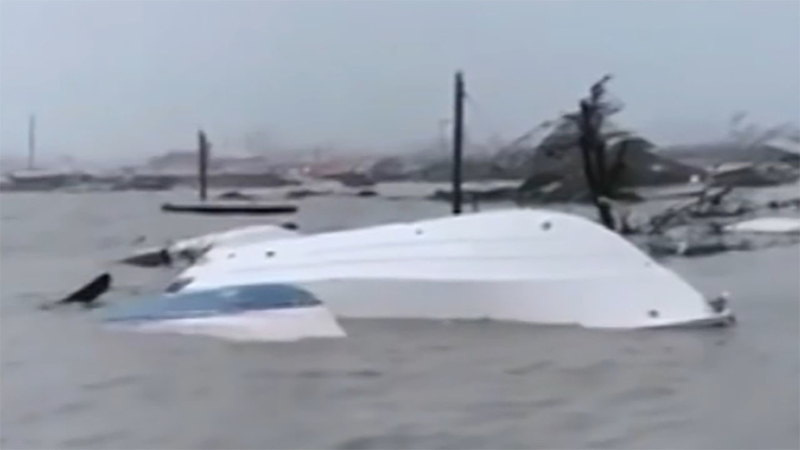 Houstonians worry about relatives back home in the Bahamas

HOUSTON, Texas (KTRK) -- For most of us here in Houston, Dorian is a far off storm, causing far off damage, but not for those who call the Bahamas home and who have family and friends dealing with the hurricane's aftermath.

Jay'nerio Mackey is a student at TSU. He's also Bahamian. He has family and friends still there. He's constantly checking his social media accounts for the latest information.

"I really didn't think it was going to be as serious as it was," he said. But that changed when he saw video on social media.

His family escaped the worst of it as the Category 5 storm moved north of their islands. Still, there is work to do for damage from which to recover.

Mackey was here during Harvey and his family worried about him then. Now he worries about them.

"I honestly wish I could be there to do something in some capacity," said Mackey. "But I'm over here and everyone is over there. Just looking at it, it makes me feel bad and sick."

Ronald Ferguson is also Bahamian and a TSU student.

"I have a lot of friends and stuff throughout the northern part of the Bahamas," he said.

"It's just heartbreaking to see all of that destruction happening, " Ferguson said.

One of his friends is missing. There are social media posts asking people to search for her.

"They're trying to locate her. It's really mind blowing. It's crushing me right now," he said.

Now the storm is bearing down on the eastern United States, skirting the coast and threatening to turn ashore anywhere between Florida and North Carolina.

Centerpoint crews headed east early Saturday. More than 180 linemen, vegetation management, contractors, and support crew are ready to fix whatever Dorian breaks and get the power back on ASAP.

"With this one there's a lot of uncertainty The track seems like it continues to change and the speed has really slowed down to somewhat of a crawl now."

DORIAN DAMAGE: Video from the Bahamas