Trump says he's leaving his business to focus on being president 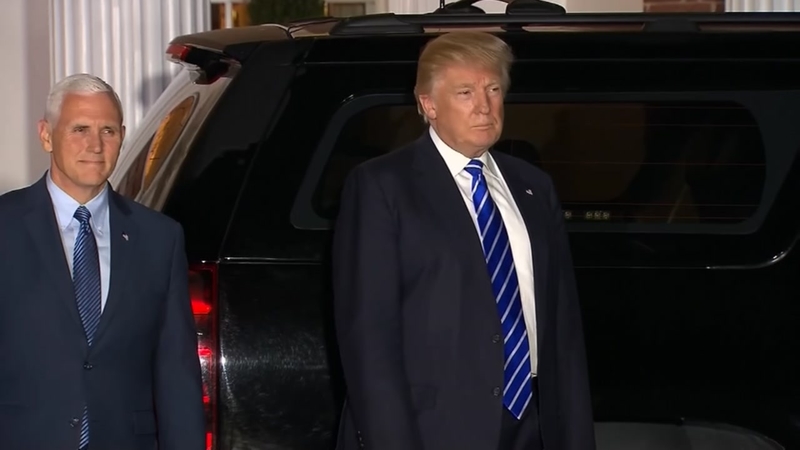 WASHINGTON -- President-elect Donald Trump said Wednesday that he's leaving his business empire to focus on being the nation's 45th president, bowing to pressure to avoid potential conflicts of interest between governing and profiting in the private sector.

"I will be leaving my great business in total in order to fully focus on running the country in order to make America great again," he tweeted in a series of missives sent before dawn. "While I am not mandated to do this under the law, I feel it is visually important, as president, to in no way have a conflict of interest with my various businesses."

He said legal documents are "being crafted which take me completely out of business operations," he added, saying the presidency is "a far more important task!"

Trump is tapping conservatives with deep ties to Washington and Wall Street to fill out key Cabinet roles as he continues to deliberate over his secretary of state.

Mnuchin, 53, led Trump's finance operations during the presidential campaign and became close to the president-elect and his family. But he has no government experience, which could prove a hurdle in navigating the tricky politics of Washington.

If confirmed by the Senate, Mnuchin would play a central role in shaping Trump's tax policies and infrastructure plans. He would also lead an agency tasked with implementing international economic sanctions.

Ross is a billionaire investor considered the "king of bankruptcy" for buying beaten-down companies with the potential to deliver profits.