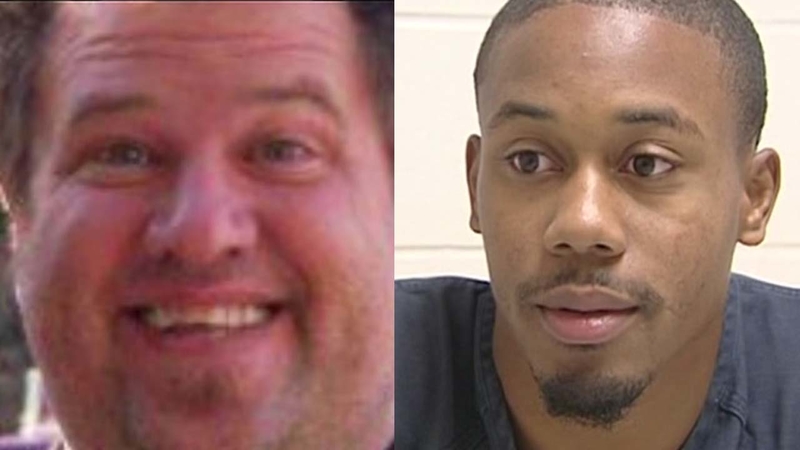 More than four years after Donald Leonetti was murdered during a high-stakes poker game, his suspected killer is on trial.

Eric Norris sat between his attorneys in the third floor Fort Bend County courtroom Monday morning. No family or friends filled the benches behind him.

It was a stark contrast to the left side of the courtroom. More than 30 friends and family members of Leonetti filled the benches.

The Missouri City businessman nicknamed "King of Shirts," was well-known for his t-shirt printing company. Leonetti was 45 years old when he was killed.

On July 17, 2014, two masked men with rifles forced their way into the private poker game inside a Stafford shopping center. Police say Norris was one of those men. He was 26 years old at the time. Investigators say Norris and his accomplice stole about $20,000 from the players and fired shots. One of those shots killed Leonetti. Another man was shot but survived.

Leonetti had just returned to the poker game and walked in on the robbery. Investigators say he tried to stop one of the gunmen.

Two weeks after Leonetti was murdered, Norris was arrested and charged with capital murder. Since then, the case has dragged on in court.

Norris' trial was originally set for 2016. It was delayed while prosecutors appealed the judge's decision not to allow Norris' full statement to police, that lasted 6.5 hours, to be admitted as evidence.

Also in 2016, Norris turned down a plea deal from prosecutors. The deal would have meant Norris plead guilty to the lesser charge of first-degree murder. He would have been sentenced to prison for life but could have become eligible for parole after 30 years.

If Norris is found guilty of capital murder, he could be sentenced to life in prison without parole.