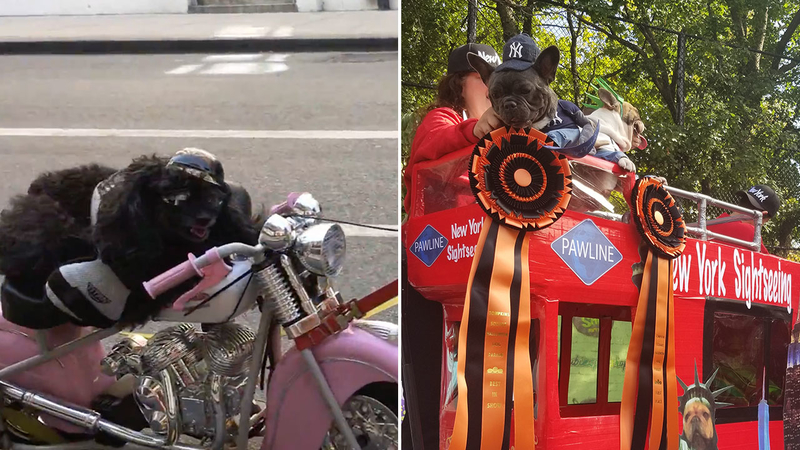 Dogs deck out in elaborate costumes for Halloween

This Halloween costume contest has gone to the dogs in the best way possible.

Though some come to the event just to dog-watch, costumed animals have a chance to compete in the contest, and everyone has the opportunity to donate to Tompkins Square Park. This year attendees also had the option to donate hurricane relief supplies.

The 2017 event saw plenty of elaborate wheeled costumes, some of which took weeks to create. From a Magic School Bus to "Mario" and "Luigi" riding in a race car. Other costumes went for humor, such as the poop emoji or the house from Disney-Pixar's Up, complete with balloons. Still others went for simple but cute, such as a taco and the UPS delivery dog.

Though some contestants traveled hundreds of miles to compete, the grand prize went to a costume that played up the New York factor. Best in Show was the "Paw-line" group, a double-decker bus modeled after the red "Gray Line" tour buses. It featured multiple pooch occupants such as a Yankees fan and Lady Liberty. The humans in that group were awarded two tickets to see Hamilton. 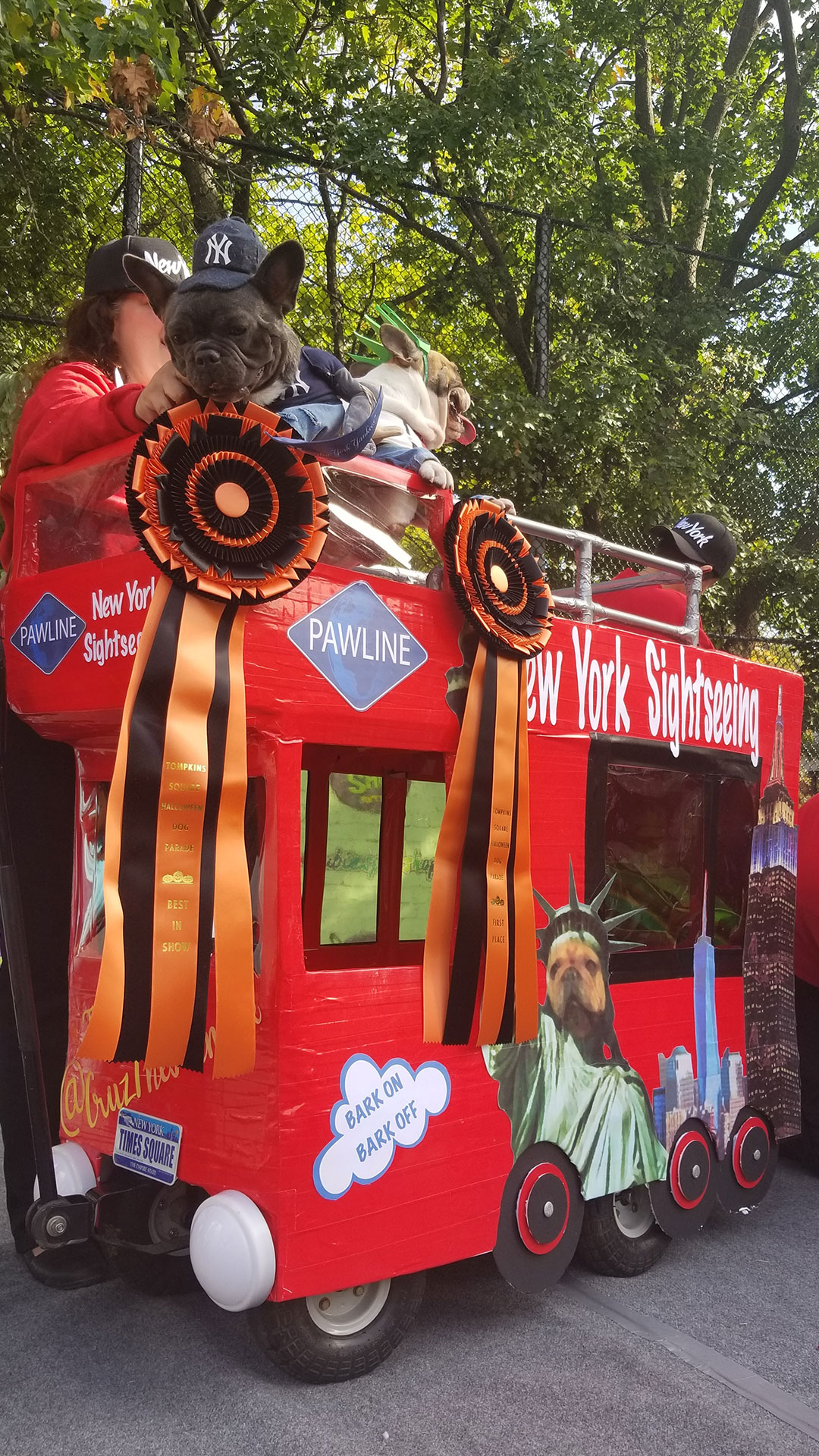